Cybersecurity firm Darktrace raised a further $50m in Series E funding, while RFID tech firm PervasID has just completed its Series A round with $2m (£1.6m).

This additional funding for Darktrace brings the firm’s total valuation to $1.65bn. The Series E round was led by Vitruvian Partners with contributions from existing investors, KKR and 1011 Ventures.

Between its Series D and E rounds, Darktrace has more than doubled its number of deployments and is now finding threats in more than 7,000 networks.

Darktrace CEO, Nicole Eagan, said: “The increase in our valuation in just a few months is testament to the fundamental power of our Enterprise Immune System. As we begin to see real-world attacks leveraging offensive AI, Darktrace will be indispensable in keeping defenders one step ahead.”

Dr Neil Garner, founder and CEO of Thyngs, said: “The FinTech programme is already adding value to Thyngs. We’ve been able to problem solve with CEOs of other FinTech companies, which has been an invaluable experience.”

Awards and accolades for the East

Car-sharing platform, Liftshare, received the regional Employer of the Year award and water treatment firm, Lintott Control Systems — which has recently undergone a programme of digital transformation — won Best Use of Technology.

Meanwhile, Norwich social enterprise Prison Voicemail has also received a positive accolade this month. The firm is one of forty to make Nesta’s 2018 New Radicals list.

Published in the Observer every other year, the New Radicals list pulls together groundbreaking organisations coming up with creative ways to tackle some of society’s biggest problems.

Founded in 2015, Prison Voicemail is a startup making it easier for prisoners and their families to keep in touch, removing the stress of limited phone usage and the possibility of missed calls. The Prison Voicemail app links to authorised phone numbers, where subscribers can leave and listen to messages at any time.

The service is currently available in 87% of prisons in England and Wales. Research by Lincoln University found that 96% of prisoners said the app made their time in prison easier.

Two leading East Anglian Cleantech businesses are collaborating on a project to deploy enhanced battery storage technology in the UK.

Connected Energy, based in Hethel, has awarded a contract to Proserv of Great Yarmouth to build its E-STOR energy storage technology which reuses electric vehicle (EV) batteries. The system allows greater use of the carbon and energy embedded in the manufacturing of the batteries

Proserv will build the system’s power management and distribution control panels, as well as integration and final assembly of the system.

Peter Beasley, operations director at Connected Energy, said: “East Anglia is hot-bed of innovation and excellence for the clean-tech sector and work with Proserv is the perfect example of a specialist technology ‘cluster’ at work.”

The Proserv-built E-STOR module is due to be delivered in September and will be commissioned on a UK site in October 2018. 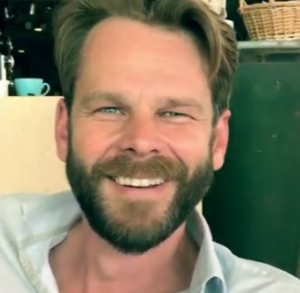