Hugo Grimston, CFO of Paddle, on why he doesn’t think the digital services tax is the right solution.

In his Budget Speech the Chancellor announced a new Digital Services Tax which is aimed squarely at the likes of Google, Apple, Facebook and Amazon, although no mention was made to them in name.

International tech companies operating search engines, social media platforms and online marketplaces will be charged a levy of 2% of their UK revenues. It will only affect profitable tech companies making over £500m in global sales. The levy will be introduced in April 2020 and is expected to raise around £400m by 2022. It is my belief that the introduction of a revenue tax is a fudge which will end up aggravating those affected without filling the Treasury coffers as much as it should.

To review the present situation: none of these US tech giants pay their ‘fair share’ of tax in the UK. The tax authorities have been behind the curve on digital goods and e-commerce, as a lot of the value being generated is through intellectual property. This means companies can make royalty payments – the value of which is subjective – back to other countries with lower tax rates and hence reduce their taxable profit.

Tax and morality should rarely be conflated, however there is something that doesn’t smell right about Facebook paying £5.1m in tax in spite of revenues of £800m and global pre-tax margins of 50% or entirely legal but highly questionable tax contortions such as the “double Irish with a Dutch sandwich” that both Apple and Google have used in the past to reduce UK profits.

Corporation Tax has always been charged on profits rather than revenues. In simple terms, this is because more profitable businesses have more money to reinvest in their businesses or pay dividends to shareholders, and therefore can afford to pay more tax. Conversely, businesses that are unprofitable could be driven out of business if they are taxed.

This levy is being charged as a percentage of revenues rather than profits, and as such is a significant departure from decades of Corporation Tax policy.

A revenue tax is a very blunt instrument. Even though the larger US tech firms affected by the levy are generally very profitable – as befits their monopolistic positions – there is a huge variance in their pre-tax margins. The extreme examples are Facebook and Amazon, the former had a global pre-tax margin of 51% in 2017, the latter’s was 2%.

If the proposed revenue-based system was introduced, by my estimates Facebook would be paying an effective corporate tax rate of 4%, Apple and Google 7% and 8% respectively. All of which are a fraction of the 18% rate of UK Corporation Tax rate in 2020.

Given Amazon’s low margins they would theoretically have to pay a 94% rate, however the Treasury mentioned a “safe harbour provision for businesses with very low margins” so a lower rate should be applicable. The fact that they needed to put this in place shows that they are aware of the flaw.

My view is that a much fairer approach would be to attempt to tax profits rather than revenues as it will provide a level playing field where everyone pays their fair share. To propose a solution: for those companies that are listed in the US (all of GAFA), one could take the audited and publicly available pre-tax profit margins of their global business, and apply that percentage to their UK revenues. The resulting pre-tax profit could then be taxed at 18%, or perhaps some slightly lower rate – say 15% – to take account of the intellectual property being based outside of the UK.

For non-public businesses or businesses from other regimes which may not be so transparent, they could supply a profit margin audited by an independent (and internationally recognised) accounting firm. The revenue levy could be used as a backstop option, with the percentage potentially increasing to incentivise companies to provide a profit figure.

However, This is a consultation, and much can change between now and April 2020. No doubt there will be furious lobbying from GAFA and other interested parties. Hammond also stated that if and when the EU comes out with their own version of this levy then the UK would follow suit, so it may never be implemented in the proposed form. 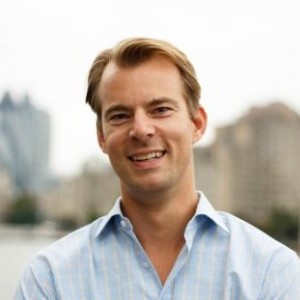