There are only two ways to make money in business (according to Jim Barksdale, former Netscape CEO): “One is to bundle; the other is unbundle.”

The bundling and unbundling hypothesis suggests that we’re on a constant progression from integrated products, to modular, to new forms of integration, to modular again.

The media industry’s orbit serves as illustration. In the 90’s, cable networks and record labels were king: content was bundled up as a few large players owned all distribution rights. In the early 2000’s, an explosion of user-generated content along new channels like YouTube and formats like mp3 allowed for consumption of individual tracks on-demand, rendering cable subscriptions and record labels superfluous.

Today, media is in an era of re-bundling. With Netflix having 130 million subscribers and Spotify 70 million paying users, networks are king again — they just look at lot different than they did 28 years ago.

A similar circular pattern can be observed in almost any industry.

In retail, we’ve seen years of unbundling: niche direct-to-consumer (D2C) brands stealing market share from large retail conglomerates by specialising on a single product. D2C poster-child Dollar Shave Club, for example, unbundled the razor category away from the CPG giants by maintaining end-to-end control over the making, marketing, and mailing of products. Today, there’s a D2C brand for everything!

But the question is, will we continue to see more and more D2C brands, or have we reached an inflection point?

There are reasons to believe the unbundling won’t go on forever. From a theoretical perspective, economies of scope [a proportionate saving gained by producing two or more distinct goods, when the cost of doing so is less than that of producing each separately] suggests that brands have an incentive to go horizontal. From a consumer perspective, narrow D2C brands bring increased transaction costs in terms of i) time spent going to different channels for different products, and ii) choice overload. Simply put, there’s a limit (even for millennials!) on how many subscription boxes we can handle and Instagram accounts we will follow.

An era of re-bundling is doomed to come. Here are three guesses of what a new-age retail empire may look like:

Boohoo buys out Debenhams Retail for £55M; eyes new customer base with acquisition

Brandless is an example of a direct to consumer retailer abandoning the narrow approach to offer a wide range of private-label products — from granola to body lotion — via a direct digital channel.

It’s a compelling model: the cost-saving and close customer feedback loop that comes with D2C + the economies of scope of a traditional CPG + the customer gets the convenience of a one-stop-shop. American e-commerce company Brandless has been live since 2017 and raised $292.5m, including a Seed ticket from Cowboy Ventures and a Series C led by Softbank.

The Honest Company — founded by Jessica Alba and backed by $500m+ in VC funding — is taking a similar approach, selling private-label products across the beauty, home, and baby categories. Similarly to Brandless, consumers can order personalised bundles, automatically restocking on things such as toothpaste, cleaning products, and diapers.

2) A clever collaboration between D2C companies

Alternatively, we may see D2C companies staying narrow but working closely together to leverage the scale, scope, and assets of one another. As my friend Jenny Gyllander (the VC behind the Instagram account @thingtesting) recently pointed out, D2C brands are already heavily leveraging each other for marketing purposes. The example Jenny brought up was Casper’s pay-per-nap showroom called ‘The Dreamery’  — a quirky experience they’ve co-engineered with Sleepy Jones and Sunday Riley. As customers arrive they’re handed a pyjamas from the sleepwear brand and products from the skincare co, before they head for a snooze on a Casper mattress.

There’s potential in brands leveraging each other’s assets and capabilities well beyond marketing — potentially collaborating on everything from distribution to logistics (have recently heard of holding companies with a portfolio of D2C startups at all benefitting from the same infrastructure…).

3) A marketplace: Amazon, or a new platform optimised for D2C brands?

Some will argue that aggregator Amazon will be the big “re-bundler.” While it’s true that some startups choose to sell on Amazon, many do not as jumping on the Amazon bandwagon means they’d lose control over data and customer experience.

Is it possible that this is Amazon’s Achilles heel — that Amazon will be stuck with old school retail companies’ inventory, but not get the exciting brands everyone is talking about, on their platform? Is the timing right for a new marketplace; one which lets the new generation of brands configure the look and feel of their product pages, maintain in control over data, and micro-manage the customer experience?

“DNHB”: the next buzz phrase?

Going back to Barksdale’s quote, there’s still money to be made by de-bundling certain retail categories (especially those with large but disliked incumbents, high margins, high frequency of purchase, governed by regulation). That said, over the next decade the largest returns are likely to come from companies re-bundling.

When the era of de-bundling started — and money started pouring into D2C companies — Bonobos founder Andy Dunn coined the term DNVB (Digitally Native Vertical Brands). As we’re preparing for an era of re-bundling we may have to update the VC’s vocabulary.

Will Digitally Native Horizontal Brands (“DNHB”) be the next VC buzz phrase? 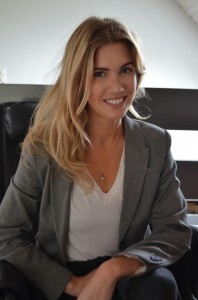 It’s not why, it’s how. Practical steps to achieving diversity in your workforce Tackling the tech sector’s lack of diversity