Grant Blaisdell, co-founder of Coinfirm, on how blockchain technology can be leveraged for good.

Online and social media phishing scams are nothing new. Since the advent of Twitter and its progenitors, scammers have utilised the cover of anonymity to swindle fellow users for financial gain.

Often, scammers pose as trusted entities on social media, and extort cash from users by abusing this trust. Even worse, some use of ransomware: software that holds the victim’s device hostage until a sum of money is paid. The blockchain age has added another dimension. Scammers demand that large sums of cryptocurrencies be paid directly into online wallets, as this affords another level of (what they think is) anonymity.

Commonly, these types of scammers impersonate companies, ICOs, personalities, and entities operating on the cryptocurrency market. The scenario is often simple: offenders announce special ‘giveaways’, where users are promised ‘free’ cryptocurrency, or are at least given the chance to earn huge multiples on the cash they invest. It doesn’t sound hugely sophisticated, but it works. To provide just one example, last month, a spoof of a popular Ethereum wallet site (myetherwallet.com) scammed users to the tune of $12.5m. This isn’t a small problem.

Recently, we monitored almost 1200 addresses and documented the real impact of scammers. We tracked 88,228 ether transferred to scam-related wallets, worth at the time of writing around $63.5m.

The fraudsters are taking advantage of the rich and famous, too – faking celebrity endorsements to entrap more users. Recently, Richard Branson was personally targeted. The Virgin tycoon’s name was used to endorse phony projects without his consent – therefore driving more attention (and cash) into these scams. Of course, the users are the real victims in these situations, but the scams also threaten to damage the reputations of high profile individuals. Even after the endorsements are revealed to be bogus, the negative association has already been made, and the reputational damage is partially done. In Branson’s case, the serial entrepreneur took to his blog to set the record straight.

But, there is some good news here. The technology behind cryptocurrencies is already coming back to bite the scammers. The method used by the scammers to ensnare their victims could well become their worst nightmare.

I talk from experience here. As recently as this month, our business was targeted by scammers. Several scammers set up social media accounts pretending to ‘be us’ – declaring to that they would give unsuspected Twitter users free money if they provided some funds in a fake ‘Coinfirm’ campaign. They picked on the wrong guys this time.

Usually, scammers are used to being able to hide effectively. For example, I regularly ask conference crowds: “If someone ransomwares you, where do you report that wallet, so that the market can prevent their further activity?” The response is silence. This is a huge problem for the system, as there is no ‘reporting system’.

This is why we are trying to create our AMLT token – a global system that enables market participants to submit data to not only help protect themselves, and in so doing, protect the rest of the economy; but also mark the wallets of these scammers so that they have a hard time using the funds.

In the case of the Twitter users that tried to scam us, suffice it to say that their crypto wallets now carry a black mark.

However, this is only one way that cryptocurrencies can help thwart online phishing scams and, more broadly, make the crypto economy a safer place. Businesses are leading the charge from the grass-roots; but we also need legislators to increase their own participation in the industry, to help deliver true transparency, safety, and financial democratisation. 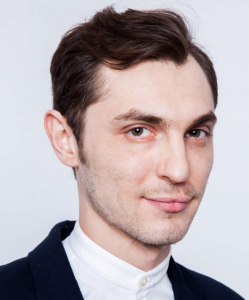