WITRAC, a start-up specialising in Industrial Internet of Things (IIoT) solutions for manufacturing and logistic companies, has secured $3.3 million (€3m) of funding in an investment round led by Goldacre Ventures and Mundi Ventures who also sit on the Spanish start-up’s board. Clave Mayor Tech Transfer and Mondragón Corporation also participated in the round.

The capital injection will support the company’s expansion in Europe and into the United States, as well as reinforcing its presence in strategic sectors including logistics and automotive, among others. Javier Ferrer, WITRAC’s CEO, commented that the main objective is “to consolidate WITRAC as a benchmark IIoT technology supplier in the UK, Germany and Spain and to prepare for an expansion into the US market in 2020”.

The funds raised will also enable WITRAC to accelerate further development of its IIoT hardware and software products in key areas such as analytics and advanced data processing. Large corporations already working with WITRAC, such as Ford Motor Company, Volkswagen Group, Mercadona and Carrefour, will benefit from the significant increase in production and technology capacity.

Goldacre’s Managing Director, Fionnuala Hogan, said: “As one of our RElab alumni, we are excited to further support WITRAC alongside our co-investors to internationalise their business and to accelerate growth within their core target sectors. We look forward to help building on their existing strong relationships with key global players within the space and continuing to harmonise the intersection between tech and production processes.”

Rajeev Singh-Molares, General Partner at Mundi Ventures, said: “As a venture fund that focuses on supporting entrepreneurs with differentiated technologies and commercial promise, we are proud to announce our investment in Witrac. We look forward to adding strategic value in their growth and internationalization processes in the coming years.” 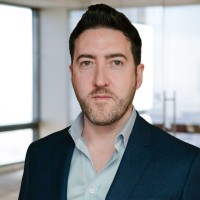