Malcolm Carroll is director at software provider Bluefinity International, which has just released rapid app development tool Evoke. In this article, he explains what’s wrong with current app development processes and shares how entrepreneurs can build the best possible apps for their businesses.

But while app development may be high on the priority list, the process of developing and delivering apps to meet demand hasn’t always been plain sailing. Quality and high-functionality apps are widely considered to be challenging, resource intensive and expensive to create, implement and maintain. But is there an easier way?

Many companies have been put off developing business apps because of the complexity of development, the cost and development time involved, as well as the challenges of getting apps to work across multiple device types and different operating systems. There are back-end integration issues to overcome and the challenge of adapting and evolving apps in line with changing technology and business needs.

Such challenges are affecting the rate of app development. New research published by analysts Gartner found more than a quarter of enterprises globally have not built, customised or virtualised any mobile apps in the last 12 months. Gartner also reports that market demand for mobile application development services will grow five times faster than internal IT teams’ capacities to deliver apps. There are several reasons for this:

Many companies are suffering from a shortage of mobile developers and have knowledge gaps in terms of the skills needed to undertake mobile development.

Post-Brexit: The new rules of tech PR, marketing and communications in 2021

The development process can be slow and many IT professionals tell us that, on average, it is taking them between six and nine months to develop a custom application or a mobile app and up to a year in some cases.

It can also be costly. Research from Forrester found 62% of companies reported spending more than $500,000 to create just one to three apps. Some 13% said they spent $5m or more to do so.

Creating apps that work for devices from multiple manufacturers (with various operating systems and of differing sizes is another challenge. This can include iPads, iPhones, Android and Windows phones and tablets, plus Windows, Linux and Apple desktops.

Businesses also face a decision about which type of apps to develop. Should they be developing web apps, hybrid apps or full Visual Studio and Xamarin projects to deploy native apps? What development challenges are involved with each? If a business opts to create web apps to start with, can it evolve this app and turn it into a hybrid app or native app? Critically, they must also consider how they can include further customisation and enhancements as and when required with web, hybrid or native apps.

Database integration and synchronisation is another major challenge. Today’s business apps need to integrate with various kinds of databases including multiple types of SQL databases and other database types such as MultiValue databases, as well as integrating and synchronising with back-end systems.

However, these challenges can be overcome. With the right choice of rapid app development tools, the development and deployment of web, hybrid and native apps can be far quicker and more cost effective.

Using such a tool, businesses should be able to create apps that work on different device types and platforms and integrate with all major flavours of SQL and other databases, using a single design project and code base.

With this technology, developers should only need to develop code once for every device and the app will run on mobiles, tablets and desktops.

Such tools should offer multiple options for designing apps without developers being restricted by the way the data is held. It should allow data from multiple databases to be used and accessed in a single app, and the information combined for optimum use in the app design. The apps should also fully integrate with back-end systems, including the immediate synchronisation of data between user devices and back-end databases and systems.

A good rapid app development tool should also come with the major features of a typical RAD environment, including menu creation, integration of device specific features, styling and data management, along with a WYSIWYG screen designer. This enables businesses to quickly and cost effectively build user interfaces, define and manage their data, and use the product’s business logic components to create apps quickly.

With a simplified development process, there should be less of a requirement to hire additional developers and, instead, existing staff who know the business inside out can be used.

Most importantly, such a product can now provide the option for businesses to generate as web, hybrid or as full, industry-standard Visual Studio and Xamarin projects, which can be deployed as native apps or form part of the IT teams’ onward development programme. It can offer the best of both worlds: an easy, fast and intuitive way to create and deploy apps quickly and an unlimited capability to enhance, maintain and add custom content.

No matter how much the business needs change or technology evolves, the apps should be able to be updated too – offering an unlimited growth path and the chance for businesses to become more competitive and profitable.

Using rapid app development tools, app development no longer needs to be challenging. Businesses just need to decide on the right tools for the business that will help them overcome their development challenges and support their future growth. 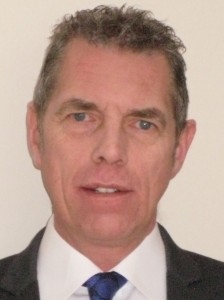