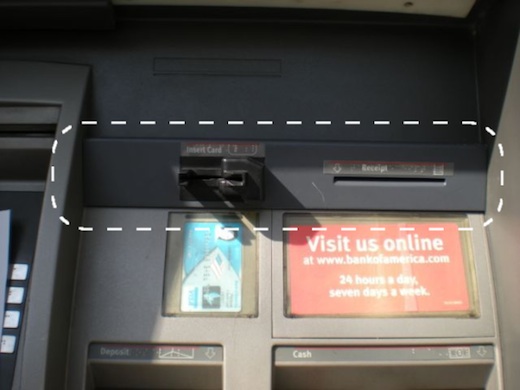 For every good use of 3D printing, there are a half-dozen bad ones.

The latest in the latter camp comes from Sydney, Australia, where bad guys have used 3D printing to create custom bank card skimmers. The devices, which are used to snatch card numbers, affected tens of thousands of people and helped the criminals steal an estimated $100,000.

While skimmers are nothing new, Sydney officials say the 3D printing variety is a new development. These devices, which are fitted to specific ATMs, were in some cases entirely self-contained, making them even harder to spot than normal bank card skimmers. They even had tiny cameras for recording PIN numbers.

None of which is surprising. If you take wholesale the idea that 3D printing can be used to make anything, then of course you’re going to see it make things like bank card skimmers (and guns and sex toys).

The problem is that because 3D printing lets criminals make skimmers that are fit for specific ATM models, the devices are going to become increasingly sophisticated and harder to recognize as fake. The power of one-off customizable 3D prints isn’t always a good thing.