Imperial College London has become the first UK university to support paying for goods on campus using a mobile app.

London-based startup Yoyo is now handling in excess of 30,000 transactions each month at the university’s South Kensington campus.

It serves over 20,000 students and staff within 32 retail outlets and counting, including cafes, bars and shops.

For retailers, Yoyo provides a marketing platform for customer engagement and a set of tools to better target their customers with relevant rewards, offers and incentives.

Founder Michael Rolph says there is a false perception that there are “millions” of companies doing the same thing asa Yoyo. 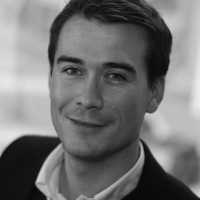 Yoyo is the only app combining payment and loyalty to make mobile relevant for in-store retail.

Earlier this month, Yoyo participated in [email protected], an initiative run by The Duke Of York in support of early-stage entrepreneurship.

The app collected two out of three awards, including ’Best Pitch’ and ‘Most Innovative Idea’.

In an effort to further reduce queues across campus, Imperial College London is now in the process of introducing Yoyo fast-track tills.

Yoyo will be rolling out across many of London and the UK’s leading universities before the new academic year, and is also in discussions with a number of high street retailers.