August was an exciting month for technology in Wales.

From the launch of a new accelerator programme for innovative entrepreneurs to the announcement of a £51m semiconductor research centre, here’s our round up of the best stories to emerge from the industry.

He launched Pilot Plus when he was 16 and is now managing a team of three employees while studying for his business management degree.

The company creates 3D representations of real-world airports, including Gatwick, Bristol and Geneva. It’s being used mainly by flight schools for training purposes.

Charman and his team are currently gearing up to launch a product for London City Airport, with plans to open an office in Swansea.

Speaking about the business, he said:  “When I was growing up, I wanted to be an airline pilot and was desperate to explore the industry.

“Before long I realised that airport simulation didn’t really exist as a product for the mass market, so with about £200 to my name, I started to develop my first product for Southampton Airport.

“I had my first few customers, which then turned into more and the customer base has kept growing since.”

Techniquest, a science discovery centre based in Cardiff Bay, secured £3m of government funding to go ahead with expansion plans.

The funding comes from the Department for Business, Energy and Industrial Strategy (BEIS) and Wellcome Trust’s Inspiring Science Fund.

With the investment, the charity will extend its premises and build a more diverse range of STEM experiences. It’s working with project managers Lee Wakemans, architects HLM and engineers Hydrock on the initiative.

Lesley Kirkpatrick, CEO of Techniquest, said:  “We are over the moon to be awarded this funding and are grateful to BEIS and Wellcome for believing in our ambitions,” she said in a statement.

“It is the culmination of over a year and a half of hard work from our talented team, who are extremely passionate about this next phase in our evolution.

“It means that our plans to expand our science discovery centre and extend our offering to make science accessible to all, can progress in earnest giving our charity a new lease of life, while ensuring a sustainable and long-term future in Wales.”

Some of Wales’s brightest technology entrepreneurs reflected on a trade mission they undertook to the Massachusetts Institute of Technology in March.

During the four-day trip, the businesses heard from world-class speakers, took part in practical workshops and networked with industry leaders.

James Smith, co-founder and CEO of DevOpsGroup, was inspired by the innovative entrepreneurial culture at MIT.

“Entrepreneurship is ingrained into the fabric of the university, and most of the students there go on to set up their own businesses with its backing,” he said.

“In Wales, universities can learn a tremendous amount from the model in place at MIT. I think the environment there inspires and enables the teaching of entrepreneurship.

“Many people in the UK believe that the entrepreneurial mindset is something you’re born with, but that’s certainly not true. It can be taught – you just need to establish a culture where people can learn and thrive.”

Valerie Livingston, director of political monitoring organisation News Direct Wales, added: “For me, the big difference between the business culture in Wales and the US was readiness with which American entrepreneurs are really willing to give things a go – and walk away when they don’t work out. It isn’t held against them forever,” she said.

It’ll plough £51m of investment into the operation as part of the the £780m Catapult network. The latter is aimed at accelerating innovation and future economic growth across the country.

The centre will hire 100 specialists over the next few years and offer companies access to design studios, laboratories, test facilities, simulation and modelling tools, and other advanced capabilities.

Speaking about the initiative, Alun Cairns said: “This investment in the Compound Semiconductor Applications Catapult cements Wales’ reputation as a leader in advanced electronics.

“Bringing together academics and businesses to develop new technologies will support areas of our daily lives from the next generation 5G mobile network to improving scanning at airport security.

“Our investment in this technology will help Welsh businesses exploit a hugely lucrative global market and ensure that Wales continues to lead the world in science and innovation, creating vital new jobs along the way.”

Stephen Doran, CEO of Compound Semiconductor Applications Catapult, added:  “The transformative potential for compound semiconductors to meet the challenges of the future has never been higher, and our new Innovation Centre will make sure that Wales is at the forefront of this revolution.” 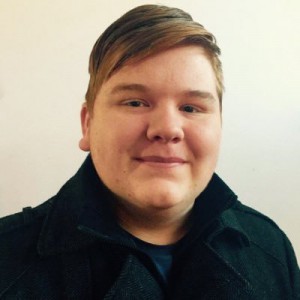