Technology has become an integral part of both our personal and professional lives. It has completely transformed everyday activities, from how we travel to work, to how we connect with people and the world around us. As technology evolves, the buildings in which we live and work must also adapt to the changing digital landscape. This is particularly true for office buildings.

Businesses both within and outside of the tech sector now rely on the internet and modern technology. This means developers of office buildings must strive to provide best-in-class technological infrastructure and connectivity in order to meet the demands of the 21st century business and attract top tenants.

In recent years, Birmingham has become a thriving business hub, following significant regeneration of the city centre and the anticipated arrival of HS2, which will cut journey time to London to just 49 minutes. The city is increasingly attracting big businesses and according to business advisory firm BDO’s 2016 report on the West Midlands, almost 20,000 new jobs were created in the region in 2015.

HSBC’s decision to relocate its headquarters from Canary Wharf to Birmingham was a major vote of confidence for the city as a new business and financial hub for the UK. Further, the appeal of cheaper rents and shorter commutes has drawn a record number of Londoners away from the capital, with the majority choosing to make Birmingham their home, according to internal migration figures from the Office for National Statistics.

However, competing with the allure of the capital is no easy feat and office buildings in the UK’s second city must keep pace as London leads the way to a smarter and more connected future.

The importance of connectivity in office buildings

For today’s businesses, alongside costs, facilities and location, connectivity is an increasingly important consideration when choosing where to base themselves. UK companies now often support flexible working practices and have multiple offices across the UK or across the world. This means using technology to facilitate collaboration is more important than ever, with video conferencing a key tool for bringing remote teams together, and cloud-based systems enabling documents to be shared, accessed and updated by relevant employees regardless of location.

With companies more reliant on these ways of working than ever before, fast and reliable connections have never been so important. After all, technology is only great when it works.

In light of the recent high-profile cyber-attacks, ensuring secure connectivity is also vital. Office buildings now need multiple entry points for their internet and must ensure that internet wiring is physically secure.

Despite the surge in importance of digital connectivity for business, there is still a lack of transparency surrounding the technological infrastructure of office buildings. Until recently, tenants might only discover snail-pace WiFi or a single bar of signal on their mobile phone after moving in. However, change is on the horizon. WiredScore, the international digital connectivity rating scheme, is working to provide more clarity surrounding the connectivity and infrastructure of buildings within the commercial property sector, in order to help businesses make more informed decisions.

Startup advice: How to use data the right way

First launched in London in 2015, WiredScore is already working with more than 60 UK landlords and has assessed more than 30 million sq ft of space in the UK. Recognising the growth of various business hubs in major cities across the UK, last year WiredScore expanded nationally and a number of buildings in Birmingham have become some of the first outside of London to be accredited by the scheme.

The Colmore Building, home to Vodafone, Allianz, Grant Thornton, Investec and Amey and Marsh, became the first in Birmingham to be ranked by WiredScore, achieving a Platinum rating – the highest available – marking its technology infrastructure as amongst the best in the UK, alongside iconic buildings such as The Shard and The Cheesegrater.

Advancements in technology will continue to impact the way we work and it is the businesses that evolve alongside our changing world that will thrive. While London still leads the way, major cities such as Birmingham and Manchester are already attracting interest from UK and global businesses; a trend which shows no sign of slowing as the government and local councils continue to invest in improving the infrastructure, environment and buildings in their cities.

With technology increasingly relied upon to bring disparate offices and employees together, the introduction of schemes such as WiredScore are essential for businesses to understand their technological needs and whether the buildings they choose can satisfy them.

In much the same way as BREEAM and EPC ratings have become commonplace, a mark of excellence for technological infrastructure and connectivity will soon be a must-have for all office buildings. Technology is no longer a luxury, it is vital to the success of any business. 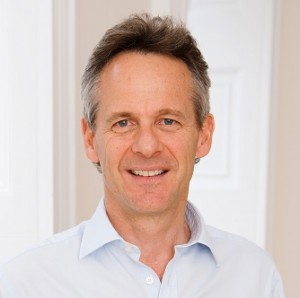