Robert Morley, chief operating officer at Excello Law, examines the use of AI in the legal industry.

Alongside Brexit and Donald Trump, artificial Intelligence (AI) kept headline writers working overtime in 2016 – each competing for our attention in a world of increasing uncertainty.

Online, a clear winner has emerged from this unlikely trio of scary topics: AI returns nearly two billion results in Google search, whereas ‘The Donald’ scores a more modest 368 million and Brexit a mere 108 million.

Among articles and blogs about the future of law firms, AI has similarly dominated attention as the number one theme. Hyperbole has flourished. Underpinned by dystopian visions of lawyers being replaced by robots and the growing ranks of tech companies dedicated to replacing the human element from much of day-to-day legal practice, the future for the lawyer has seemed bleak.

Of course there is nothing new in the idea. Professor Richard Susskind has successfully cast himself in the role of Cassandra for the legal profession over more than 30 years, arguing that their numbers will shrink dramatically as the ever increasing power of computers will inevitably lead to AI undertaking most of the routine work.

The Taylor Review: What impact will it have on UK tech companies?

It has been an entertaining and lucrative narrative, carefully re-crafted with each stage of technological development in a series of very readable accounts. The only problem is that the fundamental premise of his argument – that AI based technology will make most lawyers redundant – is false. In the 1980s, Susskind’s original algorithmic rule-based programming approach was abandoned by the AI community as a cul-de-sac. It hit a dead end.

Meanwhile the approach has moved on apace. By combining a bundle of different technologies, such as machine learning underpinned by neural networks, powered by vast arrays of parallel computers, we now have the ability to rapidly analyse very big datasets for patterns.

How to calculate the impact of social media advertising campaigns

A landmark case last year, Pyrrho Investments v MWB Property saw the first approval by an English court concerning the use of predictive coding in document review: an AI system was trained to identify and classify relevant documents within large volumes of data. But like every other AI application, predictive coding is a tool. It does not replace lawyers, but instead frees up their time for other tasks. It adds to efficiency in the same way that the personal computer, the mobile phone and the internet have all done within the lifetime of many senior lawyers still working today. Indeed, AI is becoming an integral addition to each of these existing technologies.

As AI became mainstream in 2016, even the magic circle firms wedded themselves to forging deals with AI tech providers: Clifford Chance to Canadian software provider Kira Systems, Linklaters to London-based AI service provider RAVN. And so on.

Top tips for building an app

As big commercial law firms begin to embrace the opportunities that AI presents, they are not planning to reduce their headcount. If anything, the reverse appears to be the case. True, there are variations: Clifford Chance reduced training contract (TC) places from 100 to 80 last year, but this was compensated for by White & Case, which simultaneously increased its TC numbers from 30 to 50. Overall, training contract numbers rose by 9% in 2016 from 5,000 to 5,450, according to the most recently available figures.

Putting aside fear and hyperbole, the latest machine learning techniques driven by high capability parallel processors, has many exciting possibilities. As with the medical profession, where AI tools are already being used for early cancer diagnosis, lawyers will increasingly use AI as a diagnostic tool, to support their work in myriad ways. But however fast and versatile, AI will remain a tool, incapable of creative, independent judgement – the essential elements in the job of a lawyer.

However clever our machines become, they can never be human. No algorithm exists to replace us. Understanding when a situation is subtly but importantly different from before, and knowing how to handle this new situation, is a distinctly human characteristic. While current AI approaches have successfully taken us from data processing, to the extraction of information and now knowledge, the uniquely human characteristics of wisdom will not emerge from them.

As inspiring and exciting as the current generation of AI research may be for what it can do in saving time and minimising laborious legal tasks, it will remain a useful tool. Self-aware artificially intelligent robots have filled the pages of science fiction novels for nearly a century since the word was first coined in 1920. Over the coming century, they will increasingly help lawyers to perform their job in many different ways. 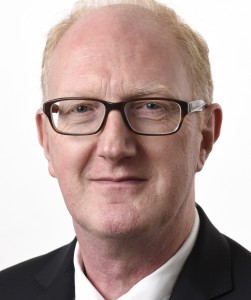 Forget the Hype: Here’s How 5G is Going to Change Your Life

The Brands Using Technology to Improve Their Offering