Since 2000, the number of businesses in the UK has nearly doubled to just below 6 million. Last year alone, 200,000 new companies were started. The number of people describing themselves as self employed stood at 5 million at the end of 2019. In short, there are now more founders and startups in the UK than ever before. And why not? Running your own business can bring unparalleled freedom, a lasting legacy, prestige, wealth and the ability to do good. You don’t have to take my word for it. Have a look at social and traditional media to see the feats of founders being lauded on a daily basis. Marvel at the scores of entrepreneurs showcasing their herculean work ethic and eye popping success. Of course, as with nearly every image projected online, the reality is quite different. There is a price to being a founder that can’t be counted in hours worked or money spent – the impact on mental health.

Suffering in the silence, you think?

A recent study by the National Institute of Mental Health found that 72% of entrepreneurs are directly or indirectly impacted by mental health issues. This compares to 48% of the general population. The damage can also affect loved ones – 23% of entrepreneurs report that they have family members with problems, which is 7% higher than the relations of non-entrepreneurs.

I am not a mental health expert. But what I do know from both my own experience and speaking to scores of business owners I work with is that being a founder is an inherently lonely job. Pressure, uncertainty and fear of failure is ever present. Unaddressed, these issues can take a serious toll – especially in the current economic and social conditions brought on by the pandemic.

Many founders have told me that they have constant feelings of inadequacy and guilt when they compare themselves to the startup gurus who celebrate working 24/7, are constantly selling, raising money or making their millions. They feel they should be working harder or be doing better – just like all the people they read about.

So how can we help each other? The first step is talking about it. This means creating a culture where we can be honest that not everything is always fine. Speaking to a fellow founder, not about commercial concerns, but about personal worries can be game changing. I’ve seen it happen in our community. The myth of the bulletproof, genius, hustling founder can disappear in a puff of smoke as people suddenly realise they are not alone. Their concerns are shared with the anxiety and uncertainty they feel almost universal.

Experienced founders can provide invaluable support to people new to the startup scene. They can share their experiences, both failures and success, and reveal some of their coping mechanisms. I would strongly advise founders who are experiencing some of the worries I’ve outlined to actively seek out advice from both their peers and potential mentors. Much in the way they may seek out commercial guidance.

Being extraordinary is ‘not’ the only key

Next, we need to address how we tackle the culture and myths around being a founder.

Business owners need to know that many of the extraordinary ‘success stories’ they see celebrated online aren’t’ exactly that – extraordinary. Similarly, those that promote the principle that working all hours is the only way to be successful are at best talking about what works for them, and are at worst, engaging in a performance to achieve social ‘klout’.

How we respond to these posts and articles needs more consideration. Celebrating the success of others is one of the virtues of the startup community. However, there is a fine line between paying respect to the real achievements of an entrepreneur and their team and perpetuating unhealthy behaviour by engaging in higliography or lauding graft for graft’s sake.

Success in the startup scene is all relative. For some owning a small business that makes them a decent income with a good work life balance is the goal. For others, it is simply being able to do what they love in the way that they want. Very few will get the exit that makes them a millionaire, and a miniscule minority will build the next Google. I cannot stress enough how important it is for founders to keep their aims and ambitions in perspective and ignore the noise they hear online.

Mythologising founders is a real thing

More broadly, the industry, including the media, does need to get wiser about how it views and represents founders. For example, the pervasive myth that some of the world’s biggest tech companies started in garages with no money, then through the genius and sheer bloodymindedness of their founder(s) they were grown into a massive corporation. The reality is that, from day one the vast majority of these tech companies benefited from substantial seed capital from family or connections. These founders were also quickly surrounded by highly talented people who did a lot of the heavy lifting. Add to all of this a really healthy dollop of good luck – which every business requires in some form – and the idea of the superhuman founderis quickly revealed to be nonsense.

If you don’t believe mythologising founders is a real thing, think about how often you see startup profile pieces illustrated with a T-shirt clad, arms folded founder staring straight into the camera with a knowing half smile, while above them a headline blazes with hyperbole such as ‘VISIONARY’. It is, when you step back from it, all very odd.

Individually, these issues may seem like nothing but white noise and the cure for suffering founders may simply be to get off social media and stop reading UKTN or TechCrunch. Unfortunately, it isn’t that simple. Social and traditional media is amplifying startup culture, not creating it. The same tropes are on display at every tech conference and meetup. To fit in, the founder is expected to be a fearless, genius visionary. Deviation from this norm, such as by displaying vulnerability around mental health, is by inference, failure.

Despite its shortcomings in relation to diversity, the startup scene is generally one of the most progressive, collaborative and open industries in the world. These virtues are ideally suited to tackling the ‘taboo’ around mental health and creating the network of support that ensures people don’t suffer alone. To make this happen, we need to dispense with the hype around being a founder, reconsider what being a success looks like and all be a little more honest about what the reality of running a business actually entails. 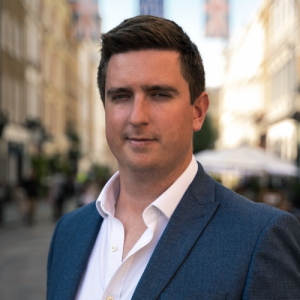 Voi brings free e-bikes and e-scooters rides for NHS during lockdown in UK Biohacking on the rise: This UK scientist wants to reverse your age and also increase healthspan