Dora Ziambra, chief commercial officer of Azimo, on what the UK’s FinTech community can learn from Wonga’s recent demise.

Wonga was the first consumer FinTech company, launched “before FinTech was FinTech”. It was among the first ones to successfully use technology to disrupt the cumbersome process of getting a loan and making it accessible to everyone. Yet, despite being a pioneer in FinTech, 12 years later, it will potentially be remembered as the villain of the industry. Whether the label is fair or not, there are key learnings from the Wonga story for the FinTech community as a whole.

Wonga raised more than $150m in equity from well-respected investors, including the “smart money” VC firms of Affirm, Balderton, Dawn Capital, Oak. These savvy and established players were ahead of the curve in foreseeing the potential of using technology to disrupt the lending business. What they did not forsee, however, was how the meteoric growth in lending products instead created wider risks, both for individuals and for the wider financial system.

The main goal of financial regulation is to protect consumers from predatory practices. Unfortunately, most regulation is reactive: there’s an investigation only after something went wrong and people got hurt – and then new rules are introduced to prevent the problem of happening again.

In the case of Wonga, regulators hit the industry with an interest rate cap. It comes as no surprise that mature FinTech companies, such as Coinbase – one of the largest digital currency exchanges – are striving to get regulated and no longer desire to operate at the fringe. FinTech companies need to anticipate stricter regulatory scrutiny as they achieve scale.

Reaching mass scale really quickly is great both for investors and consumers, as long as it comes with the right checks and balances. FinTech companies, particularly in the consumer space, need venture capital to build their platform and achieve scale. Venture capitalists of course need to get a return on investment in a reasonable timeline but none of this should come at the expense of the consumer, such as charging exorbitant fees.

Wonga’s demise in 2018 is a sad story of a company that had the vision of disrupting lending and helping the underserved segment of financial services. But Wonga could not manage its growth, especially failing to manage risk during the financial crisis. Nonetheless, it has been a great lesson for the industry. It is not a surprise that numerous ex-Wonga employees are now working at prominent FinTech companies and the founder, Erroll Damelin has invested and is mentoring numerous ventures.

Today, the FinTech industry is thriving, with companies reaching “unicorn status” and successfully IPO-ing. But one should always remember the perilous lessons learnt from one of the first players, Wonga. 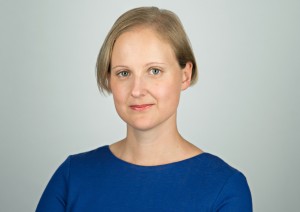