Rob O’Donovan, co-founder and CEO of CharlieHR, ponders whether the UK tech sector is ready for a four-day working week.

In 1926, Henry Ford started shutting down his factories on the weekends and reducing the working week from six days to five. As a result, he’s widely credited with the contemporary expectation that Saturdays and Sundays are “days off”. Nearly a century later, is there now a case to extend our leisure time further?  Who will be the next Henry Ford?

The advancements technology have brought to the way in which we all work have strengthened the case for a four-day working week. Increased automation and the implementation of artificial intelligence into our professional lives enable more to be achieved with less human hours, and in recent months we’ve seen politicians and unions agree that the idea of working less per week could be achieved in the UK sooner than we think in a variety of industries.

More than 1.4 million people work seven days a week in the UK, with 3.3 million working more than 45 hours a week, according to a report published last September by the UK’s Trade Union Council (TUC). The research was aimed at investigating how to boost productivity across the UK by investing in new technology that can improve the quality of life. It revealed that 70% of those surveyed think that gaining more control over the hours they work would be positive for them, and 45% said they favoured a four-day working week. The paper also found that stress and long hours are workers’ biggest concerns after pay.

The devil, of course, is in the detail. Is the four-day week aimed at achieving a total reduction in hours? Or more a concentration of the same number of hours into fewer days, allowing for more extended periods of rest and time with family?

I would argue that the latter seems both more likely and more practical. The UK’s tech sector is not known for shying away from hard work, and in a competitive space where the stakes are high – and those investing billions of dollars of venture capital are expecting a healthy return – the idea of working fewer hours is unlikely to fall on hugely sympathetic ears. But if an 8-hour day five times a week is standard, could we achieve similar or more by working a 10-hour day four times a week? That is less time spent on commuting and the switching costs associated with flicking in and out of “work mode”, and more on concentrating on the task at hand?

In reality, then, this discussion becomes an extension of “flexible working hours”, for which the tech community have been some of the fiercest advocates. Many startups offer flexible hours in some form as a benefit to attract and retain the very best talent, while also recognising that enabling their team to take control over how and when they work achieves better results. In principle, this makes good sense, but in practice, there is managerial overhead which must be accounted for and balance is important. A team that all works different hours can become a painful bottleneck if it’s a lengthy exercise in itself just to get the right people in the room to make a decision!

We recently introduced a “core hours” working schedule. Everybody is expected to be in the office between 10am and 3pm Mondays, Wednesday and Thursdays, and 10am and 6pm Tuesdays and Fridays. That allows for three days of the week when it’s appropriate (in fact, it’s encouraged) for team members to head out the office early and use those hours to pick up children from school, go to the gym when it’s less busy or just work from the comfort of their own home. It’s expected that they make up the hours and complete their responsibilities, but it allows everyone a little more flexibility to how they approach their role, without compromising the collaboration that’s needed to get things done. As ever, any initiative like this has to be built on a robust culture of trust and excellent communication.

Some flexibility is important, not just as a driver for productivity but as a recognition that everyone on your team has different responsibilities outside of work and that making these easier to manage pays dividends.

If the idea of your employees being happier people isn’t enough in and of itself, know that happier people are more successful too! If we want our teams to succeed and be the best they can be, we must pay due care and attention to what makes them happy and well-rounded individuals. Not just to be decent, but because it drives commercial success.

So would a four-day working week be a flexible working policy that tech companies should adopt? Our own experiences show how creating more space for people reaps rewards, and we’re always open to new ways of achieving that. Maybe we’ll give it a try. 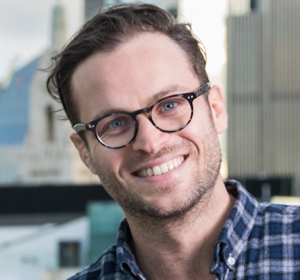 Co-founder and CEO at CharlieHR

It’s not why, it’s how. Practical steps to achieving diversity in your workforce Tackling the tech sector’s lack of diversity
70786