Dominic Pollard, director of content and communications at City Road Communications, explains how technology startups can get ongoing press exposure.

The number of startups emerging in the UK has risen impressively in recent years. According to the Centre for Entrepreneurs’ latest analysis of Companies House data, 657,790 new businesses were launched in 2016, building on previous records of 608,110 in 2015 and 581,173 in 2014.

There are, of course, many factors behind this trend of increasing startup numbers – I do not have the expertise to provide a thorough overview of them all, but undoubtedly at the heart of it are the UK’s flourishing tech industries.

Here are some more numbers. Last year’s Tech Nation report stated that the turnover of the UK’s digital tech industries in 2015 was estimated to be a combined £170bn – that represents a growth rate of 22% (or £30bn) since 2010. Over the same five-year period, the total number of UK digital tech businesses grew by 28%, more than twice as fast as non-digital businesses, while in London it is estimated that a new tech business is formed every hour.

This is not an article championing the country’s tech prowess; nor is it an attempt to ease Brexit concerns or applaud public and private sector efforts to help tech startups flourish. The point is far simpler: to prove that there are an awful lot of startups – and in particular tech startups – operating in the UK. And the number is growing all the time.

While a jewel in its economic crown, the UK’s ever-expanding collection of tech startups brings its own unique challenges for young businesses operating in this space. For one, the struggle to secure consumers’ attention, journalists’ column inches and investors’ interest can be difficult amidst such sizeable competition.

I have written two pieces previously for UKTN, both of which offer some PR-related advice for small businesses hoping to stand out from the crowd:

But with a core readership of tech entrepreneurs, this time around I wanted to offer some more sector-specific insights about how to build an effective PR strategy in the tech space. In particular, I wanted to share three points worth considering if you want to get significant, ongoing press exposure for your early-stage tech business in 2018.

Technology and innovation go hand-in-hand. Unlike more traditional industries, the startups emerging in various tech verticals – FinTech, PropTech, HealthTech, AdTech, MarTech, etc. – are launching disruptive digital solutions. Subsequently, it would be easy to assume that a tech startups’ communications with journalists would simply focus on its product or service.

Yes, this approach may secure sporadic pieces of press coverage when a journalist is writing about a particular market or pulling together a listicle about a category of tech startups ‘to watch out for’. But this strategy will certainly limit the exposure a brand gets, with journalists not wanting to write a promotional piece profiling one or more businesses.

With new startups emerging in such numbers and many of them boasting innovative new products or services, it is important to build a more PR comprehensive strategy to get the business’ name out there. Commenting on prominent industry trends, pertinent issues affecting your customer base and offering more general insight into the entrepreneurial story behind the business – the ‘warts and all’ version, as they say – will enhance your chances of securing column inches in national and trade press.

2. Offer context for your business, not just rhetoric

It’s very well shouting publicly about the quality of a new product – who, what, when and how. But it is equally important to spend time talking about why; why have you created this product, what were the problems that existed before and why should it matter to people.

This requires a tech startup to speak with national and trade press about broader issues beyond their own USPs. As well as broadening the scope for potential articles to feature in – either self-authored or commenting within a journalist’s piece – it also offers much-needed context and background to the business.

When devising a more holistic PR strategy that addresses such questions, it is advisable to use both quantitative and qualitative insights. That is to say, it is better to have insightful facts and figures – ideally ones gathered by the startups itself rather than widely available – to support a CEO’s own thoughts. Doing so will bolster communications significantly, turning what could be dismissed as rhetoric into solid context for the business and its offering.

One of the most common issues we see among startups is the assumption that they only ought to focus on PR at key times for the business: a launch or a funding round, most notably. It is understandable and, when working with an external agency, can often be dictated by budgets. But as much as possible it is advisable to view PR as an ongoing part of the business’ growth strategy.

Factoring in the first two points outlined above, a PR strategy ought to bring together elements that promote the business with more far-reaching elements that build the tech startup’s name within the larger market or industry. To enable this holistic strategy to translate into regular press coverage, it must be continued in the long-term.

Journalists must recognise that the business – or its leadership team – is available for comment or interview whenever they may require it. Furthermore, when press coverage goes live, the business must be ready to capitalise on this exposure by engaging with more journalists. This enables a startup’s name to become known and for a solid pipeline of press coverage to be developed.

Flipping the switch on and off not only makes it harder to get positive responses from journalists in those small windows of time, but this approach will also mean that a tech startup only ever secures short bursts of coverage. Whether the business is looking to attract the attention of consumers, investors or other businesses, consistent and on-going PR is a far more effective and powerful path to success. 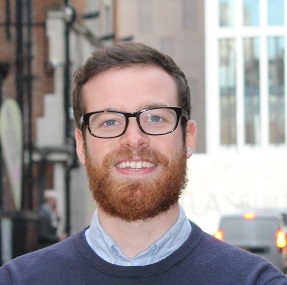