Hello and welcome to the Week in Tech, your weekly roundup of the top technology news stories from across the globe.

This week, we bring you the latest UK tech investment news, Uber rival Taxify’s fundraise, China’s plans to step up its facial recognition game and more.

VC firm Endeavor Catalyst and Italian finance firm Fondazione di Sardegna also joined the round. The round is still pending regulatory approval, though. This is expected to happen by the beginning of Q3 this year.

If approved, this fresh funding will be used to fuel Moneyfarm’s growth, as it brings its total raise to £60m.

Azimo, a digital money transfer firm based in London and Krakow, secured a $20m Series C round led by Rakuten Capital.

This UK startup backed by Vint Cerf wants to protect and pass on your digital legacies, gets £1.3M in crowdfunding

Its CEO Michael Kent said the company is excited to strengthen its relationship with lead investor Rakuten Capital as part of the investment. The money will also strengthen its presence in Europe and grow its customer base.

E.ventures, Frog Capital, GR Capital Partners and Greycroft Partners also participated in this latest round, which brings the total amount raised by Azimo to over $50m.

German carmaker Daimler has led a $175m investment in Estonia’s Taxify in a bid to rival Uber’s EMEA business.

Taxify will join Daimler’s investment portfolio alongside other online taxi services including Germany’s MyTaxi, Chauffeur-privé of France, and Careem, which operates in cities across the Middle East.

The taxi firm, which claims to service 10 million passengers and employ 500,000 drivers in more than 25 countries, will use the money to develop its technology and increase its presence in existing regional markets.

A Daimler representative will join Taxify’s board, Reuters reported.

Japanese SoftBank is investing $2.25bn in General Motors Co’s autonomous vehicle unit to help realise GM’s dream of being the first to bring an autonomous taxi service to public roads in 2019.

Shares in GM grew by nearly 10% in pre-market trade, and once the deal is complete, SoftBank will own 19.6% of GM Cruise, GM’s self-driving car arm, valuing the unit at $11.5bn.

This investment marks one of the largest to date in autonomous vehicles, and president Dan Ammann said the investment by SoftBank’s $100bn Vision Fund will enable GM to deploy self-driving vehicles “at massive scale”.

Mary Barra, CEO of GM, said the company is still “on track” to begin deploying its Cruise AVs in commercial ride sharing fleets in 2019.

This week, China charged ahead in the race to adopt facial recognition software.

The system is also used by Honda for its driverless cars, and by Chinese smartphone companies Huawei and Xiaomi.

This fresh funding comes alongside a partnership with Qualcomm, a US chip making company who also invested in the latest round of funding.

Dealflo bought by US firm

In acquisition news, financial automation service Dealflo has been acquired for £41m in cash by US firm, OneSpan, formerly VASCO Data Security.

Dealflo has been growing its business since February last year when it announced a £10m Series B round led by venture capital firm Holtzbrinck Ventures, with additional funds from Notion Capital and Frog Capital.

OneSpan is the digital identity, transaction security and business productivity provider. Dealflo founder and CEO Abe Smith says he hopes the acquisition will help his company expand into regions that OneSpan operates in, and to integrate into its platform. 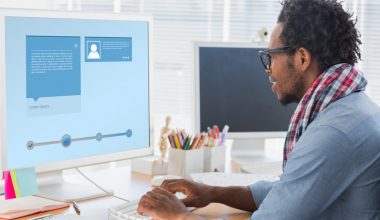