In this opinion piece, Phil Borge, director at Eulogy, discusses Travis Kalanick’s recent resignation as Uber CEO and looks at why good leadership is so important for company culture.

This week, we woke up to the news that Uber CEO Travis Kalanick had stepped down following a long period of pressure from investors.

The company itself may be doing fine in terms of revenue and rides, but accusations of back-room deals, gender discrimination, sexual harassment, bullying of its critics and poor treatment of its drivers (to name but a few) have resulted in considerable damage to the firm’s reputation.

Already, the employer brand – that brag factor (which is more important than some companies are willing to admit) – is hanging by a thread.

The importance of talent

Talent is not something that can be taken for granted in a candidate’s market. We know the vision and purpose baked into a company’s culture is the cornerstone of attracting and retaining talent. We know people want to be part of something that leaves a positive mark on the world and we now know that the long search to find a COO was widely put down to the difficulty of finding someone – anyone – willing to report directly into Kalanick.

But, can it change? One could argue that, in this case, it is the brand, not the CEO that continues to upend the transport industry in many large cities across the world. It is the brand which refuses to accept responsibility for its drivers – their mistakes or their employment rights. It is the brand that openly fights charities and bereaved families in court. It is the brand that allegedly suggests hiring “opposition researchers and reporters” to balance out its negative coverage by threatening to expose personal information about journalists who criticise it. It is the brand that never, ever apologises.

Yet this brand is inextricably linked to its CEO’s special brand of frat boy culture. Rarely has the difference between a founder with a good idea and a CEO with an experience of running a successful business been so stark. What is clear is that corporate culture does trickle down – irresponsibility breeds irresponsibility.

That said, in the case of Uber, Kalanick has argued that the belligerence we see from the business is part and parcel of its disruptive, sharp-elbowed role in the economy. That’s a troubling thought, isn’t it? Is it really so impossible to be a business both disruptive and moral at the same time?

Of course, it isn’t. Look at Airbnb, so often mentioned alongside Uber as one of the most disruptive ideas to enter the global economy in decades. Airbnb isn’t conflicted between profit and purpose the way Uber pretends to be. It uses its platform to call for diversity, it steps into global emergencies to offer assistance, it launches an initiative to house 100,000 people in need.

But most importantly, it demonstrates that the problems evident within its business are not out of its control, nor its field of responsibility. Where Uber might rely on the market to weed out drivers and riders who are substandard, Airbnb responds to troublemakers on its platform by acquiring background-checking technology startup Trooly.

Not only is this approach desirable. It’s necessary. No company can sustain a happy workforce, retain people and to be able to attract brand new talent if they’re constantly fighting a battle with negative stories. People are looking for more than just a package of a salary and some benefits. Other things are increasingly important: culture, work-life balance, purpose, morality.

There is very little hiding an employer can do in this new age of transparency other than actually give employees the experience they are promised and that they expect. The idea may be as disruptive as they come, and the corporate culture one built to thrive apace in a market ever hungry to match innovation with speed. But every tech firm needs to remember that business leadership and creative nous sometimes don’t come in the same package – no matter how junior your company, there is always room for a grownup at the top. 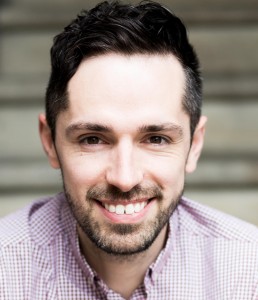