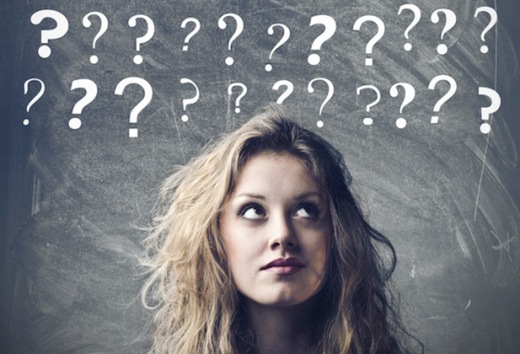 Do Silicon Valley VCs have a negative bias against women entrepreneurs, making it more difficult for them to raise venture capital than men?

If you look at the statistics, it would seem so. Women entrepreneurs raise just 4.2 percent of overall venture funding in the U.S., according to research from the Clayman Institute for Gender Research at Stanford University.

The problem with pitches

But those figures don’t explain the entire problem. Could part of the issue be that VCs have a bias toward male entrepreneurs – preferring to fund them over women?

From personal experience, at least, I would say VCs do not hold that bias. In fact, I would argue most VCs are eager to add women-backed startups to their portfolios.

So why do women raise far less capital than men? I think a key reason is they don’t nail the pitch process.

I learned this myself the hard way. Raising my seed round was pretty easy. I had some advantages: two computer science degrees from Stanford, operational roles at large Silicon Valley tech firms, startup experience as an executive and board member, and many  relationships with venture capitalists.

I was also launching a company in the e-commerce space, an industry in which I had a lot of experience after years at eBay and PayPal. Lastly, my company was going after a demographic I knew very well from personal experience – new moms.

Things weren’t so simple when I set out to raise my series A round. My first pitches were duds. I was given feedback that my vision was too small. My confidence took a big hit. I grew frustrated because I saw a huge opportunity, but I somehow wasn’t able to communicate my vision clearly. One VC put it this way: “Your pitch was all about how you’d get to base camp but didn’t tell me what the top of the mountain looks like.”

Thankfully, it only took me a few failed pitches to realize my mistakes. I polished up my pitch and went back into the ring – and raised $5 million from two top-tier funds, GGV Capital and Greylock Partners.

I thought my pitching errors were unique to me, but they weren’t. I care a lot about encouraging women entrepreneurs, and I always make time to meet with women who ask me for advice. In the last year, I’ve reviewed at least two dozen pitches from women CEOs.

I keep seeing the same mistakes I made: failing to understand what VCs want, playing small, and focusing on the details instead of the big vision. Of course, not every woman entrepreneur makes these mistakes, but many do – especially those who have attained success by being ultra-competent in operational roles. They pitch based on their skills and competence, and they undersell their vision.

How to fix it

What exactly did I do wrong, and how can other women entrepreneurs learn from my missteps? Here are some insights women entrepreneurs can use to improve their pitches to VCs – and hopefully secure more of the smart capital that’s available to great businesses.

Understand your audience. Every entrepreneur should understand the basic tenet of venture investing: VCs are looking for home runs. VCs need to fund companies with the real potential to achieve a multibillion-dollar exit; these are the investments that ‘return a fund’ and generate the majority of the venture industry’s positive returns. A $50 million to $100 million outcome may change your life, but it’s a yawn for a top-tier venture fund. Make sure to remember VCs are looking for home runs – or, even better, grand slams – and let that fundamental point guide your entire pitch.

Hit it out of the park. By not understanding that VCs are focused on home runs, I ‘played small’ during the pitch process. Instead of talking about the huge baby-and-kids e-commerce opportunity, I focused on the nuts-and-bolts of how I would grow the business and attract new customers. I didn’t realize it, but I described my company as a solid base hit, not as a home run.

When going into a pitch, start with your big vision. My whole career, I’d been an operator, particularly focused on product management. I learned to launch the minimal viable product, and then iterate future versions based on results. I was operating my startup with a product manager mindset – and describing it to VCs this way. But VCs weren’t interested in funding a company with a slow-but-steady approach.

When I shifted my pitch to talk about my vision – the top of the mountain and what the view could look like – and then gave details on my plan for scaling the mountain, VCs began to show interest. They could then clearly see the $50 billion baby and kids e-commerce market and visualize how my company would take a large portion of these sales.

Metrics aren’t the message. Another mistake I made during the pitch process was to talk too much about metrics. In my early pitches, I told the story of my company in numbers. I peppered the presentation with stats on customer acquisition costs, retention, unit economics, lifetime value, engagement, etc. But I soon realized VCs don’t invest in a company based solely on metrics.

As I’ve chatted with many women entrepreneurs, I’ve found they often use metrics to tell their stories. But that’s the wrong way around. A killer pitch starts with a big vision, and then closes out with a few metrics to support that vision. In other words, metrics are proof points; they aren’t the vision.

Don’t take rejection personally. When a VC wasn’t interested in funding my startup, I took it very personally. I hated hearing “no” until I realized “no” is just part of the process. Make sure to fix the parts of your pitch you can control – share your big vision, clearly outline your customers/market, use metrics to support your plan vs. having them be your plan etc. But realize there are parts of the pitch process that are out of your control.

Each venture firm has its own dynamics. They may have been burned in this segment in the past, have too many deals in your company’s stage, or have a competitive conflict.  Of course, it’s hard to know the internal dynamics of each firm. But you can glean some insights from looking at their past bets and evaluating their current winners and losers. You can also ask for insight about the firm from folks in your network (CEOs, VCs, your banker, or lawyer).

Raising venture capital is hard – for both men and women. For women, the process may be even more difficult, but I don’t think this is because of an inherent bias against women in Silicon Valley.

My personal experience is that I needed to learn to sell my vision better – and I think many women make the same mistake.

When women entrepreneurs ask me how to nail the VC pitching process, the most consistent advice I give is to “think big.”

It might not come easily, and it might be outside of your comfort zone, but it’s the only way to get VCs to bet on your business.

Mauria Finley is founder and CEO of Citrus Lane, a subscription e-commerce service geared toward parents, babies, and kids.