Welcome to your round up of some of the past week’s most interesting surveys, statistics and reports relevant to those involved in the UK tech industry.

This week, we have statistics relating to FinTech collaboration, the gender pay gap and startup office space.

The number of software and computer programming companies jumped from 2,325 to 5,995, according to an analysis of Companies House data by audit, tax and consulting firm RSM. The firm compared the eight month period before and after the vote.

The rise in tech company startups was particularly marked in London where an additional 1741 companies were incorporated in the eight month period to the end of February 2017, a rise of 184%.

Richard Heap, a technology partner at RSM said: ‘There were fears that the Brexit vote would dampen activity in the tech sector and businesses would be attracted overseas. In reality, they are staying and multiplying. Clearly the entrepreneurial spirit in the sector is alive and well.”

Some 82% of incumbents plan to increase collaboration with FinTech companies over the next three to five years, according to PwC’s latest Global Fintech report. PwC surveyed 1,308 financial services and FinTech executives from around the world.

“Mainstream financial institutions are rapidly embracing the disruptive nature of fintech and forging partnerships in efforts to sharpen operational efficiency and respond to customer demands for more innovative services,” PwC says in its report.

73% of UK workers don’t take all their annual leave, according to CharlieHR. The human resources software firm studied the holiday data of over 1,000 companies and 20,000 users using its platform, identifying the users who had booked off less than the policy assigned by their company.

“When we looked through our data and found that 73% of employees aren’t making the most of their holidays, we were shocked. Taking a break is so important. You need to recharge and come back refreshed, or face problems such as burn-out, stress and all too often a negative impact on the company itself,” said Rob O’Donovan, CEO and co-founder.

Two-thirds of the time women are getting lower salary offers than men for the exact same work at the same company, according to Hired’s latest Women, Work and State of Wage Inequality report using data from US tech workers.

A third of graduate level jobs around the world may eventually be replaced by machines or software, according to a new survey by the International Bar Association.

“AI promises to be a game-changer for the workplace in which public policy and legal considerations must come to the fore. Whilst automated efficiency is generally considered a good thing, the wider implications for the “fourth industrial revolution”, in which human-thinking robots are embraced, will almost inevitably require change to regulation to protect humans in the workplace and society as a whole,” commented James Froud, partner at Bird & Bird.

Growing startups and SMEs are ditching Tech City and Shoreditch for Clerkenwell, according to new search data from Hubble, the online marketplace for flexible office space in London.

Hubble’s data shows that from July 2016 to March 2017, Clerkenwell (21%) and Soho (24%) were the most searched for locations among SMEs (10+ headcount) looking for new office space in London, showing a significant boost in popularity year-on-year.

Comparatively, Shoreditch was searched for by only 14% of SMEs – a significant drop in popularity from July 2014 to March 2015 when it was the most popular location at 24%. 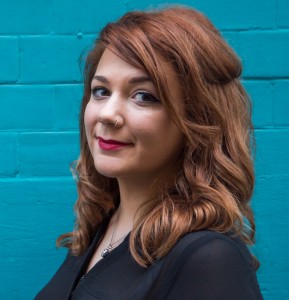