The UK’s departure from the EU is just days away (potentially) and still the tech industry is no clearer on what kind of relationship we will have our European neighbours. We do, however, know that our relationship will change. Here are three things London tech businesses need to know about Brexit.

London is the heart of the European tech sector. A strong investment community, a helpful tax regime, first class advisers, a vibrant and exciting city to live and work in, and a well-educated and highly mobile workforce has all helped to build and cement this position.

But growth in the sector is at its slowest for three years, and a key factor to this lies with Brexit. Businesses across all sectors crave certainty, and that has been in very short supply over the past two years.

But Brexit is not the only reason.

Competition from other European cities is making a real dent on London’s crown. Berlin, Copenhagen, Lisbon, Paris and more are all building tech hubs to rival London.

London is also perhaps a victim of its own success. A decade ago a tech startup could rent a warehouse on Shoreditch without breaking the bank. Today, London offers some of the highest rents for business space, with high housing costs to match.

But it is not all bad news. While UK tech sector growth is slowing, it is still growing and at a quicker pace than its European neighbours. The investment community in London is the strongest in Europe and growing businesses will still follow the money. And the tech community and ecosystem remains a strong draw, with the opportunity for collaboration and knowledge sharing.

The GDPR regulations have now been in place for quite some time and businesses should now be comfortable and confident in how they manage the data they hold. Despite whatever rumours might be circulating, the way businesses manage and process data they hold on European citizens will not change when the UK leaves the European Union.

Data breaches will continue to hit headlines and the Information Commissioner (IC) has already delivered some large fines, notably against Facebook and Uber. We can expect the IC to increasingly make its mark against those that fall foul of the regulations.

One of the major attractions of London has been access to a highly educated workforce drawn from across Europe and around the world. It is a workforce that is highly mobile.  The approach to immigration by the UK Government in recent years does not send the comfort messages global technology businesses want and need to hear. Already, we hear of recruitment challenges and businesses that would have once considered London its European home choosing to locate on the Continent.

Technology businesses can take some comfort following publication of the Government’s immigration strategy. The cap on Tier 2 visas has been removed, and new ‘startup’ and ‘innovator’ category visas are expected to be introduced later this year. Businesses need to watch this space and ensure its voice is heard.

London’s influence in European tech sector will remain the location to beat, yet there can be no denying that Brexit in whatever form it eventually takes will have an impact. Now is not the time to rest on the laurels of past success. The Government needs to work with the sector and set out its tech sector strategy as soon as it possible can.

Michael O’Brien is a partner and head of the technology team at Kreston Reeves. He can be reached by email: [email protected]. Visit www.krestonreeves.com for further information. 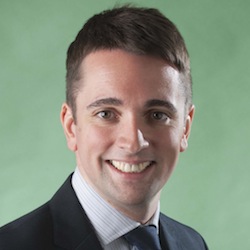 Head of technology at Kreston Reeves