From sleep, calories and footsteps to alcohol intake, breastfeeds and location – all around the world, people are beginning to track their daily activities as digital data.

Followers of the so-called ‘quantified self’ believe they can improve themselves by better knowing themselves, and it’s spawning a multi-billion dollar industry.

But not everyone is so excited about collecting this performance data – in education it’s become positively heretical.

Over the last few years various teachers have voiced concerns that routine testing – education’s way of collecting data against which to benchmark and respond to pupils’ performance – actually has the opposite effect.

Too often, league tables have been used as a tool to bash schools over the head with – rather than a mechanism for improving pupils’ performance.

There’s nothing intrinsically wrong with tracking, storing and making sense of pupils’ performance, to provide help where needed and reward good records. But the anxiety kicks in when such processes are formalised as part of routine tests, on which future progress may depend.

I believe quantification technologies can help us realise the best aspects of performance monitoring, without the burden and pressure of one-off testing.

This process should not be formalised but normalised. A better way to learn from and improve performance is by gently monitoring the entirety of a performance sphere.

Think about Jawbone’s fitness-tracking bands. Do they monitor users’ fitness by testing their running ability every two months? No, they normalise performance management by quietly tracking all of a user’s movements, in the background.

This is the philosophy I believe should be applied in the classroom, using technology – more tracking, but less emphasis placed on any single test.

Use data the right way

So, what should the Quantified Pupil look like? Here are three proposed rules:

It’s time to reboot our schools’ over-testing aversion. We could make this generation of students the most tracked in history.

In the wrong hands, that data could ruin the system, as teachers fear. But, used wisely, the Quantified Pupil could help set our country’s education system on the right track.

Simon Hay is a founding partner of learning platform Firefly 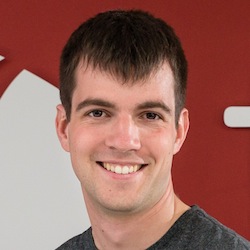