At an event at Central Working Shoreditch, Mayor Boris Johnson was joined by his New York City counterpart Michael Bloomberg to launch the 5 day event.

Johnson described the week as a “superb opportunity to hail the success of London’s tech scene”, an ecosystem he described as only being in its “adolescence”.

The 5 day event will be made up of over 200 independently-run events.

As the first London Technology Week gets under way, there are positive signs for Britain’s tech scene.

New research by Oxford Economics, announced to coincide with the launch, has revealed that London’s digital tech sector is expected to create an additional £12 billion of economic activity and 46,000 new jobs in the capital over the next decade.

Separate research also announced today says that the tech and information sector in London, Southeast and East England – including Oxford and Cambridge – is growing faster than that of California.

A new London-based Centre of Urban Science and Progress has also been confirmed.

In partnership with New York University, King’s College London and the University of Warwick intend to establish the centre which will be based at Canada Water from 2018. 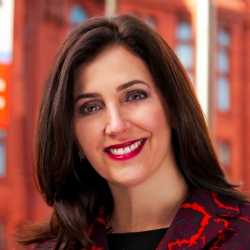 In recent years the tech sector has played a crucial role leading economic recovery, accounting for 27 per cent of new job creation.

We are producing world-leading digital businesses, which in turn are fuelling wealth creation and employment.