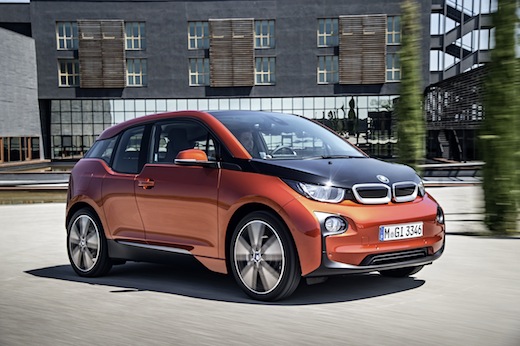 London Brand Management, a startup based at the Bakery co-working space, has unveiled its artificial intelligence partnership with BMW.

BMW are using the product to promote their new i3 electric car.

Potential customers can send a text about the BMW i3 to the i Genius system and it responds with a detailed answer. This new system can interpret words, their context, and responds based on previous conversations.

The campaign is part of  the launch of BMW’s first fully electric car going on sale in the UK later this year.

We asked it why should we choose an electric car, the system responded with:

Speaking with Tech City News, Dmitry Aksenov the founder of London Brand Management said this was an exciting time for the company.

“We have had an extremely positive response at the BMW launch day, with customers having up to 20 interactive messages with the AI system”

The company are also planning on releasing similar products for the finance, marketing and healthcare sectors.

LBM first pitched to BMW back in March of this year and won the contract against 10 other companies.

“We didn’t have much time to develop our platform. Although we had a working prototype back in March, we were given very little time to implement the information. Most of the BMW staff were unaware of the intricate details until a few days before the BMW i3’s launch”.

Death of the salesman?

Does this new form of artificial intelligence mean the end of traditional salespeople? Dmitry believes they have a bleak outlook.

“Our system allows people to get information at the moment of interest, whether thats watching TV or reading a paper. A salesman isn’t available 24/7, 365 days a year.”

“When you walk into a consumer electronics store, they have hundreds of products and no sales rep can know every detail about every product.”

“This AI system can host unlimited amounts of data, know all the product information and present users with information in a matter of milliseconds.”

LBM have been working in conjunction with the Bakery to build links with global companies.

“Working with the Bakery has been an amazing experience. They have guided us through the various processes of working with a large global company such as BMW. They have a wealth of experience that has been invaluable to us”.

The Russian entrepreneur became involved with artificial intelligence from a very young age.

“[Artificial Intelligence] is something I’ve been involved with since the age of 7.”

“I spent my time as a kid building robots entering into national and international competitions. It’s how I moved over to London and have converted a passion into a business.”