YPlan, which launched in November 2012, will use the $12m investment to expand in the US.

YPlan is a mobile-only spontaneous going out app. The app lists local events, allowing users to book a ticket in two taps. More than 2,500 events have been featured on YPlan since it launched. The team behind YPlan were bullish about their future growth prospects when we spoke to them back in January this year.

Leading the Series A funding round is VC firm General Catalyst Partners (investors in Kayak and Airbnb), as well as YPlan’s existing institutional backers Wellington Partners and Octopus Investments, who had invested $1.7m of seed funding in July 2012. 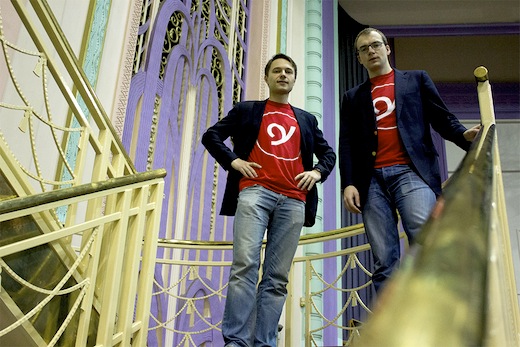 Speaking to Tech City News, YPlan co-founder and CEO Rytis Vitkauskas, says his goal is to create a billion-dollar business within five years: “To get there, we’ll need to charge hard and work non-stop, hire the best team and expand aggressively, and this is where the funding will help.”

From start to finish, Vitkauskas says raising investment took just three months. “There was a lot of interest in us, so we could choose who we wanted to support our growth going forward,” he explains. “We picked General Catalyst because of their experience in bundling multi-billion consumer two-sided marketplace models and because they identified with what we’re doing and understood that we’re not just an app – that we’ve got a fully-fledged business model.”

Installed on 10% of iPhones in London

In the six months since launch, YPlan claims to have made its way on to more than 10 per cent of iPhones in London (active users), hitting the 200,000 downloads milestone last month. “In six months, we’ve taken London by storm and transformed YPlan from a concept into an exciting mobile-only business,” says Vitkauskas.

Adam Valkin, a partner at General Catalyst and previously an early-stage investor in several UK companies including LOVEFiLM and Hailo, says YPlan has the opportunity to become a “seminal mobile commerce company”. “It has grown incredibly fast in London by delighting customers with simplicity, quality and access. Next step is to make this phenomenon a global one,” he says.

New York City and beyond

YPlan has already opened a new office in New York City, and Vitkauskas says the company is hiring aggressively. The company aims to go live in NYC in the second half of the year, using the office as a springboard for further growth across the US. “Just as London is our HQ and stronghold for Europe and Asia, we’ll use the New York office to expand across North America.”

He adds that cities on the top of YPlan’s list are densely-populated cities with high smartphone usage: “We’re razor-focused on New York right now, but Los Angeles, San Francisco, Chicago, Austin and Boston are also important to us, and we’ll be rolling out our proposition city by city. Every new city requires a certain amount of investment in terms of time and resources, so we’ll see how we go along.”

YPlan’s traction with users has so far been mainly through word of mouth, which Vitkauskas hopes will continue going forward. “Once we launch the product, it catches on pretty quickly. We just need to make sure that our product delivers as well in New York as it does [in London]. So we’ll make sure we’ve got events lined up every single day.”

He adds that a lot of the investment will be spent on building up YPlan’s team – both in marketing, development and data science. YPlan currently has 30 employees, but Vitkauskas expects this to rise to 100 in the next 18 months.

“That’s where a lot of our focus is right now, in building out our expertise. We want to make more sense of the data and go live on all of the important platforms,” he explains. YPlan is currently only available on iOS, but the company expects to roll out its Android app by the end of the summer.

YPlan was founded by Rytis Vitkauskas and Vitkoras Jucikas in February 2012 in London.