Fast-growing social platform Urturn has closed a $13.4m fundraising round and is launching a mobile app

Urturn, launched earlier this year, is a new social platform that enables users to easily modify and personalise photos online.

The key feature of Urturn is its library of “expressions” – ready-made templates that can be personalised by users. Images can be personalised with doodles, captions or music clips to create collages or invite other users to vote on sets of pictures (e.g. two different shoes).

The platform is fully integrated with existing social networks, which allow users to take media from their Facebook, Instagram or Vimeo feeds to use on Urturn.

Though the platform only launched in February, Urturn has already seen strong traction from the music and fashion industry – famous users include Alicia Keys, David Bowie, One Direction, Union J and Cosmopolitan magazine among others.

As a result, fans of the artists have joined the platform, too. Particularly popular among fans is Urturn’ unique “Your Turn” feature, which allows users to share new interpretations of other people’s posts. 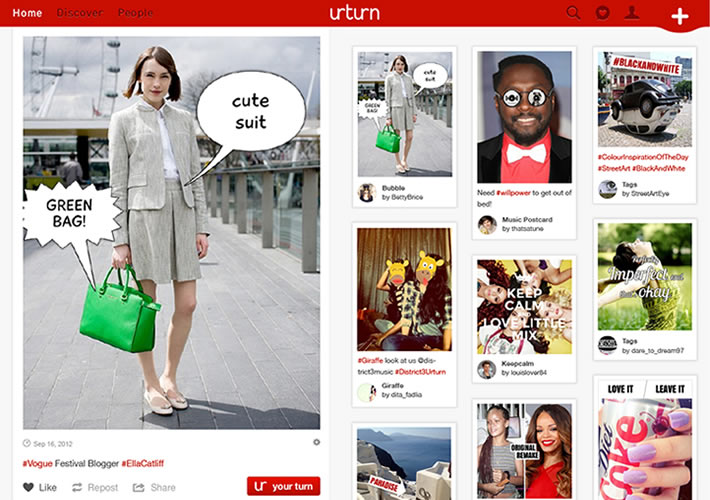 “When we first met the team behind Urturn, we could see that their idea would transform the way people around the world express themselves through social media and we wanted to be involved,” comments Barry Maloney, founding partner at Balderton Capital. “Using Urturn’s Expressions, users can enjoy sharing unique content in the fastest, clearest and most engaging ways yet.  We are excited to watch the progress and continued word-of-mouth endorsements that have earned Stelio and his team the support of many loyal users already.”

Stelio Tzonis, co-founder and CEO of Urturn, says he is “honoured” to have Balderton on board: “As well as being one of the pre-eminent VCs in Europe, they have a great track record in taking European startups to the US.”

The investment will be used to grow Urturn and widen its reach. The 25-person company is currently split between London and Lausanne, Switzerland, but Tzonis says his goal is the US, whose early-adopter audience is key to the platform’s long-term success. 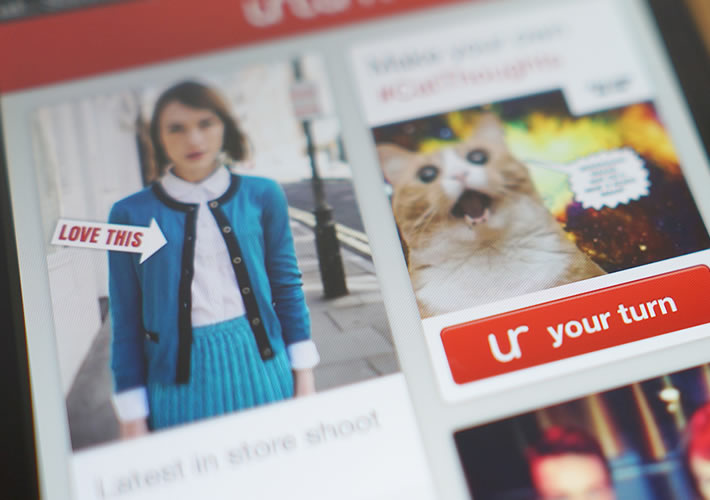 Urturn is also launching its mobile app today, which will enable users to use the platform on the go: users simply select the style (“expression”) they want to use, take a picture or choose one from their phone and they can instantly personalise and upload it to Urturn. Users can also connect to their Facebook or Instagram accounts to select a picture.

“Born out of the acknowledgement that users want to be more expressive, Urturn is the next natural step for social media,” adds Tzonis.  “We believe our mobile app will make Urturn more accessible and enable people to share Expressions more spontaneously.”

Urturn has also announced plans to open up its API to the community, giving enthusiasts the opportunity to create their own expressions/templates that can then be adopted by friends, followers and fans.

Having tried out the app in pre-release for the past week, we can confirm that it’s very slick and easy to use – the expressions are simple to insert and modify, and the app connects seamlessly with Facebook and Twitter, allowing you to share your posts in different social networks (though you can only share a link to the Urturn post – not the full image).

The platform seems to be mainly populated by teens and One Direction fans, so the content has limited appeal (for your writer, anyway)

The platform has, according to Tzonis, a click-through rate of 15-20 per cent on social networks – extremely high.

However, currently the platform seems to be mainly populated by teens and One Direction fans, so the content has limited appeal (for your writer, anyway).

But with a wider audience, and as more styles become available thanks to the open API, Urturn could become big, playing a role in the next wave of social networking. Clearly there is growing demand for interactive/richer/personalised content on social networks, and the incumbents are starting to pay attention to this (see: Twitter/Vine, Facebook/Instagram).

Urturn makes it very easy to instantly personalise content and it has infinitely more filters, buttons, stickers, etc than any of the current photo apps. Its ability to integrate music and video is also compelling. It’s all there, in one app.

Urturn is already a success for music and fashion fans; the next step is broadening its user base and gaining traction – fast – before another incumbent steps in.