TransferWise, the London-based  peer-to-peer money transfer business, has secured a $6 million investment round led by Valar Ventures, the venture fund founded by Facebook’s first outside investor and co-founder of PayPal, Peter Thiel.

The Skype of money transfers

Since its launch two years ago. TransferWise has transferred over £125m worth of customer money – and over half of that has been in the last six months and is often referred to as the Skype of money transfers.

The company currently has 35 members of staff, and handles transfers between Euro, British Pound, US Dollar, Polish Zloty, Danish, Swedish and Norwegian Krone. The firm continues to grow between 20-30 percent a month.

The company had a good start to 2013 winning an award at the Europas, and recently gave away $100m of free transfers to 1000 European startups as we reported back in April.

“Innovation in the banking industry typically involves rent-seeking or unsound derivatives, which offer marginal benefits to consumers. TransferWise demonstrates true innovation in banking by enabling its users to retain their wealth across borders.”

“We’re delighted to have Peter Thiel as an investor. He really understands how to bring innovation into the banking sector – which is exactly what we’re doing at TransferWise. His investment will help accelerate our expansion plans.” 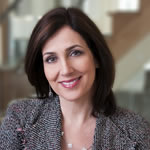