A London-based startup is attempting to financially educate Britain’s 8 to 18-year-olds.

They hope the technology will give parents the confidence to transfer more financial responsibility to their children.

The founding round included Index Ventures and Horizon Ventures as well as Travelex CEO Peter Jackson and ex-Chariman of Sainsbury’s Bank Darren Shapland.

Osper launch their service today hoping that real-time monitoring of spending and loading will create more a transparent and open conversation about money.

The service is composed of a MasterCard prepaid debit card and mobile app which comes with separate logins for both young people and their parents.

It effectively gives kids the power to manage their own money while giving parents the ability to monitor the account and transfer money into it. 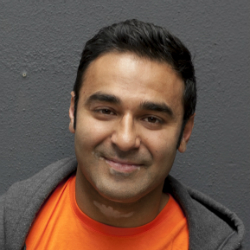 Data suggests that young people’s needs are not being met by financial services at the moment.

Despite three quarters of young people having a bank account, less than 30% use online banking and there is a heavy reliance on parents lending cash or their credit card for purchases with one in five UK children using their parents’ cards in secret.

Osper do not offer an overdraft so that users cannot spend more than they have and also offers a card lock function if a card is stolen.

It’s features like these that gave investors the confidence to invest.

I have no doubt the service will disrupt consumer banking for young people and beyond.