Over 6,500 jobs will be created at former Olympic park Press and Broadcast Centres in legacy deal 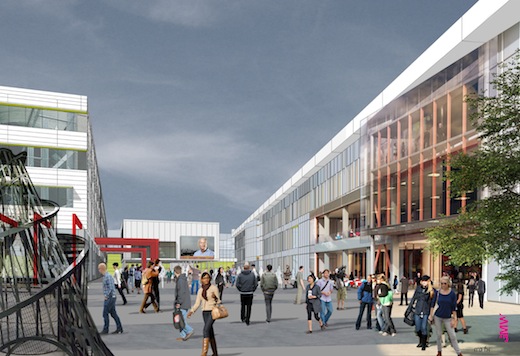 iCity, the company created to transform the Press and Broadcast Centres on the Olympic Park has completed a deal that will bring total investment in the buildings to over £1bn.

Over 6,500 jobs will be created on site and in the local community according to iCity, after £500m funding was secured from Infinity SDC, who will develop one of the largest and most efficient data centres in Europe at the site.

“With the future of eight out of eight permanent venues secure, London has well and truly delivered on what is a hugely important part of the Olympic legacy story. iCITY is the final jewel in the crown of Queen Elizabeth Olympic Park and as a world class digital hub that will employ thousands of people I’m delighted to welcome them on board,” he added.

iCity has already secured a number of tenants including BT Sport, who plan to build a production hub containing studios, edit suites, galleries and an audience holding area with 160 capacity.

Other tenants at the site include Loughborough University, who plan to build a multi-disciplinary postgraduate teaching, research and enterprise facility, and Hackney Community College, which will deliver its pioneering digital apprenticeship scheme within a new Tech City Apprenticeship Academy at the site.

“I’m delighted that iCITY shares the Council’s long-held vision for a digital and creative hub at the former Press and Broadcast Centres in Hackney Wick,” said Jules Pipe, Mayor of Hackney Council. “This agreement means we are now well on the way to securing a valuable economic legacy from the 2012 Games, bringing thousands of jobs to our borough and creating training and apprenticeship opportunities for local people,” he added.

iCITY is a joint venture between Delancey, a specialist real estate investment and advisory company, and Infinity SDC, a data centre operator.