Investors cannot afford to go wrong in their approach to trade mark due diligence prior to startup investment, writes Alasdair MacQuarrie, partner at IP law firm Gill Jennings & Every.

VC investment is all about identifying startups with terrific growth potential and funding them to accelerate that growth to generate bigger returns sooner.

When it comes to identifying growth potential, a couple of things are known to be key decision factors for investors: is the founder or managing team “investable”, and is the business built on a solid idea and viable brand?

VCs have a clear framework for evaluating the former, based on years of experience of seeing who is and isn’t successful. They can usually quite quickly determine which founders or management teams have the potential to be great entrepreneurs and leaders, even when they don’t yet have a solid track record.

But they can be less good at assessing the IP protection that safeguards a startup’s innovation and brand. Too often, a VC’s IP due diligence amounts to little more than a cursory check of public records to confirm a startup has filed for protection at all. Their corporate lawyers run a tick-box due diligence exercise that approaches IP from a purely technical, rather than commercial, perspective.

Often, those checks prioritise existing patents and other protection safeguarding the company’s core offering, and treat trade marks as the poor relation.

There is some irony in this approach. Because growth acceleration is key in the early stages of any startup, early funding tends to be used for marketing and PR aimed at building a strong brand that people can buy into and that offers instant recognition. A trade mark protects the startup’s brand, and can include a product name, a logo, or a slogan, not to mention the name of the startup itself, which is often overlooked; in other words, everything that customers see when interacting with the brand. Failure to protect these assets can put the startup’s future at risk.

For investors, a lack of deep understanding of the importance of including trade mark protection in a solid IP strategy can lead to tricky situations. This is especially the case if they end up investing in startups whose IP isn’t commercially and legally robust.

If this happens, instead of early investment being spent on marketing and PR, money might be redirected to fight a trade mark lawsuit or for a complete rebrand. Both can be expensive and completely avoidable. Still, if it has to come to this, it’s better to deal with the issue in the early stages of a startup when adjustments are relatively easy to make. Companies can have their exit valuations slashed by as much as 70 per cent if gaps in their IP strategy exist.

International expansion is a common route to growth, but can be problematic if a startup hasn’t established its freedom to operate under its chosen brand in its new target markets. IP rights are specific to different jurisdictions. Investors supporting international business growth must be confident that the startup is able to commercialise a product in a new country or region without infringing IP rights of others.

All sorts of things could get in the way here, from existing companies in the new markets that have a similar or identical brand to trade mark “squatters”, who register other people’s trade marks as their own in other countries or regions, thereby limiting or delaying a startup’s growth potential.

The cost of getting this wrong can be severe. Not all companies are as lucky as Monzo (née Mondo), which made a virtue of falling foul of a (now all but forgotten) trade mark dispute. Instead of a lengthy and expensive legal battle, Monzo opted for a rebrand in order to continue building and scaling its business. It even turned the rebrand into a customer engagement exercise, capitalising on the goodwill of its early adopters and fans to invite suggested new names for consideration. Monzo has of course gone from strength to strength since then, but the cost and disruption of such a situation could have a severe negative impact on the prospects of a less well-established startup.

Investors need to be checking for potential situations like this, aligning IP due diligence to their scrutiny of a startup’s business plan and being just as rigorous with the former as they are with the latter. Investors in particular take the long view, which is why it’s vitally important that solid IP checks at the outset consider a startup’s current position and market, as well as its growth ambitions. This will likely mean consulting specialists in IP law who are equipped to look strategically and commercially at a startup’s assets, now and in the future.

Want to learn more about Intellectual Property? Download the ‘IP Law: The Startup and Scaleup Guide‘, produced in partnership with GJE. 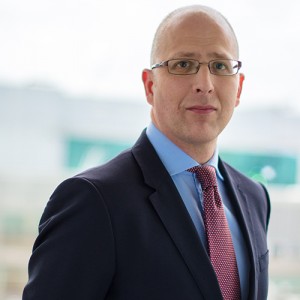 Partner at Gill Jennings & Every

Smart, 3D and eco-friendly: The future of printing