Russ Shaw, founder of Tech London Advocates and Global Tech Advocates, highlights the innovation taking place across the whole of the UK.

As London rises in the global ranks, cementing itself as a world-class technology hub that is now attracting record amounts of investment, it is important to keep in mind that other areas of the UK are also producing ground-breaking innovation.

The country as a whole has in recent years thrived across a number of tech verticals, and it is key to shine a light on the exciting technological developments taking place outside the Capital. The North has experienced impressive growth in areas such as advanced manufacturing, quantum computing, CreativeTech and biosciences, which have led to the formulation of groups like Tech North Advocates, part of the Global Tech Advocates community, that recognise and celebrate the strength of the region. It deserves an entire piece on its own!

However, it is Belfast, the Midlands and Bristol that deserve particular attention on this occasion, as they are becoming the tech clusters that are helping to shape Britain’s global tech reputation in a number of areas.

The Northern Irish capital is emerging as a growing cyber hub, as evidenced by a number of leading companies establishing a presence there in the last few years. In 2016 alone, three major US software firms – Black Duck, Rapid 7 and Alert Logic – came to the city, bringing with them more than 200 jobs.

The city’s main strength lies in the substantial numbers of exceptional talent it has at its disposal, which is down in no small part to the plethora of skilled research graduates emerging from the Centre for Secure Information Technologies (CSIT). The CSIT is significant not only for the unique pipeline of top talent it provides, but also the hugely valuable collaboration it facilitates among academics, engineers, industry and government.

The value of Belfast’s unique talent pool has been further enhanced by the work of Invest NI, which has crucially provided funding for the skilled workforce, while also advancing the city’s infrastructure and competitive costs. In February alone, Invest NI has provided investment funding for US firms Simply NUC and Chef, as well as Dublin based Ammeon, all the while helping to grow Belfast’s own R&D and tech sectors.

With cyber tech dominating across the Irish Sea, the Midlands continues to drive innovation in the automotive space. Being home to the likes of Jaguar and Land Rover, the region has historically been a dominant force in the industry, and is now on track to establish itself as Europe’s main automotive technology cluster.

There are over 1,500 automotive sector companies based in the region, a number which inspired the creation of the MIRA Technology Park in Nuneaton. This now employs over 1,000 people and hosts 38 major testing facilities, while providing skills development for the region’s academic institutions.

The world is slowly but surely making the move to electric powered vehicles, and Britain already boasts the largest network of rapid charging points for electric cars, with 1 in 5 vehicles sold in Europe made in the UK. With the global transport revolution just around the corner, the Midlands is fortifying its position as the heartland of automotive innovation, spearheading the technology of the future.

In the West, Bristol is steadily building its reputation as a leading community for start-ups and a breeding ground for ambitious entrepreneurs. Similar to the Midlands, the city carries a historical track record of economic prosperity, and is now successfully adapting to the digital age.

Dubbed the ‘Silicon Gorge’, the area is not just a startup hub, but is home to tech and research giants such as HP Labs, Just Eat and XMOS. This is in addition to nine of the 12 largest aerospace companies in the UK, and the country’s leading academic centre for robotics research.

High-growth firms and rising amounts of startups are crucially supported by the University of Bristol and their Centre for Innovation and Entrepreneurship, which is breeding the next generation of skilled entrepreneurs, creating similar industry links to those established by CSIT in Belfast. University of West of England (UWE)-Bristol boasts an impressive robotics lab, one of the largest in Europe, and an innovative course at its Business School, Team Entrepreneurship, offering students the opportunity to set up and run their own companies.

Whether it be Bristol, Belfast or the Midlands, all three regions are thriving in their own right, contributing to Britain’s technological advancement and the opportunities on offer to our entrepreneurs across the country.

We quite rightly celebrate London’s successes, but we must champion other regions that help the country as a whole to push the boundaries of innovation, as we strive to become the tech epicentre of the world. 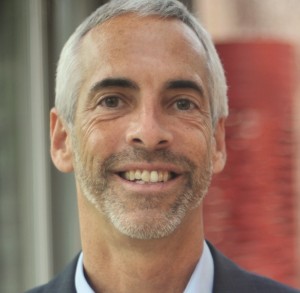