Evgeny Shadchnev, CEO of Makers, on why we need to inspire future generations to code.

We know that learning to code is more than picking up new programming languages. Learning to code means taking a first step into the exciting industry of software development, which is reshaping how we experience the world – whether it’s how we shop, how we communicate, or how we work.

We need bright, curious people to power this digital future. Yet it’s no secret that the UK is struggling to persuade young people to pursue careers in technology, especially if they happen to be female. It’s not just a pipeline problem – retaining women in the industry remains a challenge.

The stats don’t look good. New analysis published by JCQ shows that the number of female students who took GCSEs in Computing or ICT has fallen by one third (33%) in the past three years. The number of females taking GCSE in either ICT or Computing has fallen from 52,835 in 2014, down to 35,103 this summer (2018), according to figures published by the Joint Council for Qualifications.

We need more women training as software engineers if we are to remain competitive in a post-Brexit world. Diversity can’t be an afterthought in the digital economy.

Of course, you can’t be what you can’t see, which is why stories about women who started in different areas and then moved into software engineering can help. We need to hear more about this next generation of digital leaders and have them mentor tomorrow’s coders as well – or else too many people will be left behind in the race to become leading digital economy.

Tomorrow’s digital world must reflect the diversity of the people its meant to serve – but this can only be shaped in unity with others. Learning to code, therefore, cannot be accelerated in isolation. While practicing on your own can take you through the early stages, coding professionally is inherently collaborative and requires learning how to communicate and code alongside others. Solving the tech skills gap means positioning software development as a team sport rather than perpetuating the stereotype of the lone-wolf coder.  But we also need to make sure that everyone feels comfortable enough to join and play a role in this team. Mentoring, and offering flexible working can help – as well as supervision support and counselling as a time when advice is needed to manage career paths and progression.

Personally, I also suspect that the Apprenticeship Levy is a huge part of the answer to the tech skills gap – a UK tax on employers which can be used to fund apprenticeship training.

In this fast-changing world, we believe all generations, younger and older, should benefit from the skills of the future.

This a call to action for more employers to take up the apprenticeship and get more of their employees to get coding- but also for schools to make it mandatory for students to learn how to code. It’s a life lesson that will serve everyone well as we continue to shape a bigger digital future for our world.

Let’s make this future grand – and one that benefits all of society. 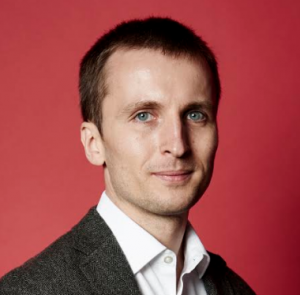 Co-founder and CEO at Makers

Why did we create our own coding language? It’s not why, it’s how. Practical steps to achieving diversity in your workforce
70536