Michael Vallance, an associate at London-based intellectual property firm Gill Jennings & Every LLP, on the challenges being faced by the UK’s space sector.

The UK government is investing heavily into space technology as part of its economic strategy. For example, this year alone, two separate grants from the UK Space Agency – worth a combined £23.5m –  have been awarded to Lockheed Martin, a global security and aerospace company, to develop a new spaceport in Sutherland, Scotland.

The proposed spaceport is an example of the government’s ambitious plans for the UK space sector but also a tipping-point for Scottish presence in a sector that has long had its foothold in the South East of the UK. Private sector investment into this sector has also been significant – for example, with the launch of venture capital fund Seraphim this year, who are solely focused on the space sector.

Such keen public and private sector interest in the wake of Brexit might seem surprising as Britain’s relationship with European Space Agency and its continued EU-linked participation in space programs looks uncertain. Two examples of initiatives where a specific deal would need to be created after Brexit to ensure a successful future UK-ESA collaboration are the Copernicus satellite constellation programme to monitor environmental damage, and the Galileo satellite navigation system programme. Despite these factors, the opposite appears to be happening, with interest in the UK space sector increasing.

It is hoped that investment will provide a boost to the UK space industry that, according to government figures, has trebled in size in real terms since 2000 and has a turnover of £13.bn, which is between 6.3% and 7.7% of the global market. These benefits will not be felt in isolation, but are expected to reverberate within the wider UK economy. According to a parliamentary report investment in the UK space sector currently delivers a £7 return on investment for every £1 spent, with the government looking to increase returns from £15bn a year to £40bn by 2030. Indeed, following the announcement that the government has granted a total of £33.5m to further UK space development, UK Business Minister Greg Clark said, “we want Britain to be the first place in mainland Europe to launch satellites as part of our industrial strategy”.

The UK is the worldwide leading manufacturer of small satellites, a relatively new technology promising massive savings in the upstream sector. The Sutherland Spaceport will provide the country with its own facility from which these satellites may also be launched – meaning this will encourage more innovation in the UK’s space sector, and help smaller companies like Oxford Space Systems to scale even further.

If the UK is to build on its achievements to create a thriving space industry, new challenges need to be considered, especially in the wake of Brexit. High on the list of these considerations is the protection of intellectual property (IP). The idea of investing in securing IP rights, which are by their very essence territorial rights, for technology ultimately bound for space may at first seem questionable. However, the need to protect R&D investment is just as important in the space-tech sector as in others.

Of course, the space sector brings its own unique considerations from an IP perspective. The first and most obvious question being whether the geographical scope of patents can extend to space. The US answered this question in 1990 when it legislated that if a device is on-board a US spacecraft then it is deemed to be within the United States for the purposes of patent infringement. The UK does not have a similar provision in this regard, however the making, importation, selling or use of patented technology in the UK (e.g. as part of launch) may still constitute an infringement of a UK patent.

For companies operating within this sector and looking to limit the number of countries in which they sought protection, a sensible patent filing strategy may once have been to file patents within the US only. However today, these companies should look to extend their scope of protection to cover not only the US, but any other countries equipped with launching capabilities and an IP-friendly court system. With the introduction of the new spaceport in Sutherland, the UK now meets both these criteria. Moreover, with a now flourishing manufacturing sector, the need to obtain patent protection in the UK is further increased.

Whatever the result of Brexit, with recent growth in investment in the sector, the appetite to access the UK’s resources is likely to increase. Having an appropriate IP strategy is key to the long-term goals of any innovative company, and these companies should take note of the increasing relevance of the UK when reviewing their IP strategy. 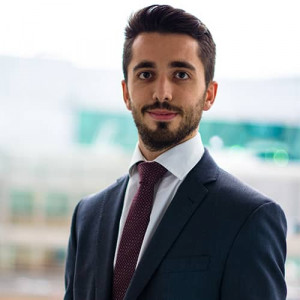 Associate at Gill Jennings & Every LLP

Investment across space tech grew 29% in 2018 It’s not why, it’s how. Practical steps to achieving diversity in your workforce