Aleš Špetič is founder and CEO of Klevio, a smart home startup, and previously founded CubeSensors and Zemanta. In this article, he helps fellow tech entrepreneurs get their hardware product ready for launch.

The startup world is relentless, every week there is headline after headline of tech companies launching the latest product. While we enjoy being a part of this environment and it’s interesting to watch it unfold, a lot of the announcements focus on digital products. As a founder working with both a hardware and a software solution, I wanted to share some of the lessons that come from creating a hardware company, especially one in the field of home and workplace security. With a physical product it is key to get the product right at launch.

With apps and games for instance, although it frustrates early adopters, a partially finished or simple product can launch, and with revenues coming in the team can work to fix bugs and clean up processes. In a digital world there seems to be a growing trend that if it is broken, within reason, we can fix it later. Investors want to see return on their money, and peaks in user acquisition, so we can launch and iterate in small ways consistently along the way.

But “that’ll do”, simply won’t do, when it comes to hardware.

In the world of security and hardware, one moment of “that’ll do” attitude can dig a hole that will never be filled. At Klevio, we are responsible for the front door, behind which people’s entire lives or businesses are stored. Safety is key, and a relaxed attitude won’t cut it.

Launch fast is not an option. The ethos that ‘a company is not efficient if it doesn’t ship in three months’, or ‘it is a failure if there is a delay prior to shipping’, cannot be applied, it can be an setback, sure, but don’t rush something that is not ready for market.Chances are there will be larger regrets if you do. It is empirical to get it right and only launch a product that works! You have to invest both time and money.

There are many considerations that one has to consider with hardware startups, but one of the most valuable tools at your disposal, is the customer. While you may need to get your head around hardware engineering, design, firmware, logistics, certifications and production, the one person to always work closely with and appeal to is the end user.

Pilot first. Launch later. We recently ran a 10 month pilot with 1,000 users – and we didn’t formally launch. Spending time working with various different end users and getting feedback from them, to iterate on the physical product and the supporting application, has been invaluable.

As a Founder, spend time with them. Don’t just leave it to your team to interact with customers. Conversations and time well spent can be invaluable to discover new habits, use cases and potential features or considerations that your product should be offering customers.

To summarise, hardware is a painstaking, time sapping and expensive medium to work with, thousands of man hours go into even the most basic of products and there is only one launch. But if you focus on getting specific feedback, it eases the labour.

It is everything you and your team have been striving towards.

If we were to rush one thing, hardware or software, we would be putting the security of people’s’ livelihoods at risk, this is the last thing anyone wants but it is more than that, once manufactured and shipping is in play, that is your design – redesigning, testing, tooling and manufacturing an update is huge.

Take the iPhone, for the most part of its ten years, it has been in cycles of two generations. The 6 for example, was released twice with very little cosmetic change, this kept the costs down between the 6 and 6S. One year’s model is launched and then 12 months later, the exact same body is launched again with internal changes – this enables huge savings financially.

Product recalls are seemingly becoming more commonplace, in recent months we have seen rushed work going badly wrong for big brands, like Samsung and its randomly combusting batteries or General Motors who once had to recall 30.4m cars and replace the ignitions systems on them.

As a startup, you need to build strong products. You need customers to act as brand ambassadors. So help them do the selling – work with large and diverse test groups, and get all the feedback possible. That way you can go to sleep at night knowing that your first product is the best it can be.

If things go well, and your product was indeed as good as it could be, you will be on your way to producing the second version or additional features in the coming months. Don’t launch a repair job, launch version 2. 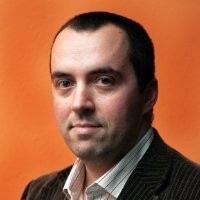