Dr Zain Sikafi, CEO and co-founder of Mynurva, on how to deal with mental health issues in the workplace.

Mental health has become an increasingly prominent topic of discussion over recent years, with new initiatives and campaigns attempting to promote a dialogue about this pressing issue. While growing awareness and understanding is certainly a positive development, the unfortunate reality is that there is still a negative stigma surrounding mental health. This is particularly true in the workplace where mental health is perceived a ‘taboo’ subject within many occupations and professional settings.

The consequences of poor mental health can have significant ramifications on the way people go about their daily tasks, affecting their overall performance at work, their relationships with friends and family, and most importantly, their own personal happiness. Often at times, a stressful, high-pressure working environment can be the root cause of mental ill-health – other times, it can exacerbate existing symptoms. Indeed, the prevalence of poor mental health within business is stark; 15% of people at work have symptoms of an existing mental health condition, according to the Prime Minister’s independent ‘Thriving at Work’ report – while a staggering 300,000 people end up losing their job each year as a direct consequence.

This also has serious repercussions for business productivity. A massive 91 million working days are lost in the UK every year due to mental health problems, which translates to a cost of up to £99bn per annum to the national economy. In fact, the 2018 CIPD Wellbeing at Work survey revealed that more than a fifth of organisations cited mental illness as the primary cause of long-term absence, with a separate report by the British Chambers of Commerce and Aviva citing mental health as a cause of lengthening absences from work.

Mental health in the workplace is thus a pressing national issue for employers and employees alike that needs to be addressed urgently. But what obstacles stand in the way of employees getting the help they desperately need?

With poor mental health common in the workplace, the unfortunate stigma surrounding the topic proves to be the primary challenge faced by struggling employees. The 2017 Mental Health at Work report found that just 13% of people felt able to disclose a mental health issue to their line manager – while three out of every four employees surveyed that had a mental health issue said they chose not to involve anyone at work. The most common barriers cited are a reluctance to ‘make it formal’ (33%) and fears of negative consequences (29%).

Rather than seek the health and support that is clearly needed, workers do not have the confidence to approach or discuss their symptoms with a healthcare professional. The decision to keep quiet about their mental conditions at work thus often stems from anxiety about feared reprisal from bosses and colleagues. Indeed, a survey of 1,500 managers found that 67% consider there to be a stigma when it comes to stress, anxiety and other mental health issues within the workplace. As a result, many professionals are dissuaded from seeking the medical help that they are clearly in need of.

Working a regular, 9 to 5 job can make it incredibly difficult to schedule an appointment with a therapist or counsellor, let alone entrepreneurs who dedicate huge amounts of time to launching and running a startup. In particular, the stress and time demands placed on entrepreneurs and those working as part of a startup can deliver huge emotional stress. Not having access to the support structures commonly found in public and large private organisations is likely to foster feelings of isolation, particularly at critical times such as funding rounds or product launches.

With few counsellors and therapists available outside of working hours or on weekends, it is often hopeless trying to book an appointment to fit around the hectic schedule of a working professional. Long waiting times also exacerbate the burden – it is common, for instance, that those referred to therapy from the NHS have to wait months before being able to meet with a mental health practitioner. And with the combination of increasing numbers of people needing support and the mounting pressure on the health service’s resources, the NHS is struggling to cope with the demand for these services.

Tech is a disruptive force that has changed how people and businesses interact across all manner of industries – property, finance, marketing… the list goes on. It is no surprise, then, that tech has also had a massive impact on the health sector as well. Indeed, wearable tech and apps are two common ways that people are now able to better manage and monitor their own health.

When it comes to mental health, HealthTech is creating new and flexible avenues for people to access the care and support they require outside of traditional GP appointments. Video conferencing technology is a perfect example of this; via platforms like Mynurva, people can now speak to a mental health professional from the comfort of their own home, with appointments also available at conventionally inaccessible hours – early mornings, late evenings, and even weekends are no longer barriers for those seeking support.

The undeniable presence of mental health issues in the workplace is a problem that needs to be addressed through proactive efforts that encourage discussion and addresses the unnecessary stigma surrounding the topic. Moreover, for those actively seeking support, HealthTech is ideally positioned to help both fulltime professionals and entrepreneurs who are time poor and find it difficult to access the treatment they need. Over the coming years, more must be done by employers and industry-bodies to take advantage of the flexibility, accessibility and confidential options on offer through new HealthTech companies, in turn empowering professionals to get help when they require it. 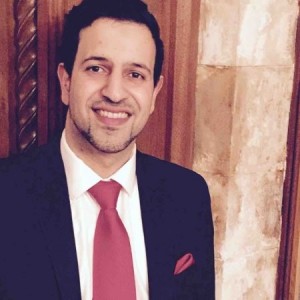 CEO and co-founder of Mynurva