Advances in artificial intelligence (AI) are bringing a host of debates on the future of work. Towards the end of last year, a key piece of McKinsey research reported that up to a third of all work activities across the globe may be automated by 2030, depending on the speed of adoption. Similar to the rise of agriculture machinery in the 19th century Industrial Revolution, automation threatens certain jobs yet has the potential to create countless more in their place.

AI also has the power to facilitate a more equal workplace. While certain forms of AI have rightly come under criticism for their bias, thanks to their makers, AI has the power to filter out human unconscious bias. This is particularly palpable when it comes to the prospect of investment opportunities – and much-needed. Last year, all-women founding teams secured just 2.2% of total VC funding while all-male teams secured about 79%. Today, venture capital is a people’s business. In practice, this can mean that, when evaluating entrepreneurs for potential investment, a VC may unwittingly favor those who resemble themselves.

This becomes particularly problematic to the funding gender gap when you consider that just 13% of VC decision-makers in the UK are women. And to top it all off, the earlier the stage of capital the lesser the reliance on concrete data and more on qualitative assessments using instinct, social cues, etc. After all, investment inherently centres on risk assessment, and so a male investor may find it easier to relate to a man who shares similar interests to him or who went to the same university – exhibiting unconscious bias in the process. In contrast, a woman pitching a FemTech startup to a male team might not receive much empathy.

Now for the good news: VC is a great application for AI, where AI can help scope out great investment opportunities and help VCs make decisions based primarily on data rather than feelings and assumptions. Thousands of neutral data points – with metrics ranging from social media traction to app downloads – can now be monitored every second of any day by new data-driven platforms. By harnessing the power of such technology, VCs can identify and capitalize great companies which may have otherwise missed out.

Recently, it was announced that British Business Bank, Diversity VC and BVCA are joining forces to find out just how many female-founded SMEs have approached British VCs for funding, and how many have made the cut. British Business Bank will publish the findings in a report in Autumn 2018. Once published, it will help lift the idea that a technology-first approach to investment, supported by the human element, could contribute to a more equal venture capital ecosystem.

Of course, when it comes to bias, it’s not just about gender: race, age, schools, and universities are clearly all susceptible to human bias, which contemporary AI can help combat. What’s more, this isn’t about charity or philanthropy: frankly, investing in individuals who might not resonate with the traditional VC community due to their background makes good business sense. As these opportunities are largely overlooked, they become much more attractive from a deal mechanics perspective. Again, this is where the power of AI becomes apparent. New technology can connect brilliant founders who might not have the right contacts – or, indeed, as much time to fundraise – with modern VCs who can make informed investment decisions using data.

Equally, however, there’s still a long way to go, as it will take some time to see an overall shift. Until then, manual initiatives can contribute o promoting founders who might otherwise be overlooked. For battling specifically the gender bias, when it comes to capital, the M12 (Microsoft’s venture fund) female founders competition is offering $4m in venture funding for aspiring female entrepreneurs. Of course, startup life is about much more than just money. The power of the network cannot be understated, which the likes of AllBright – a female-only member’s club co-founded by tech entrepreneur Debbie Wosskow OBE – seeks to support.

After all, while technology is certainly key to finding the most innovative companies, it’s unlikely that the human element of VC funding selection will ever be fully replaced. Instead, it’s promising that more and more VCs are investing in AI platforms to help enhance their own chosen investment prospects, to complement their own ideas. Such a data-driven approach is vital for deal-sourcing VCs, as it’s a method as speedy and nimble as the startups they’re investing in. The knock-on benefits for fighting unconscious bias in the VC industry could be tremendous – only time will tell. 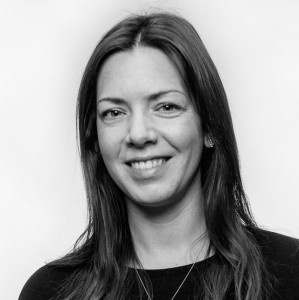