The Institute of Directors has warned that heavy-handed taxi regulation could “damage London’s reputation” for innovation following the announcement of new rules today by Transport for London.

As such the IoD has called on TfL to level the playing field for private hire travel in the capital by making it easier for private hire companies and black cabs to compete with the likes of Uber, rather than introduce arbitrary and protectionist regulations.

Simon Walker, director general at the Institute of Directors, said: “Transport for London is right to take an interest in the way companies like Uber have disrupted the way we travel around the capital. But their proposals for further restrictions to an already heavily-regulated industry are backwards and would damage London’s reputation as a city which celebrates innovation and embraces change.

“Boris Johnson, George Osborne and Sajid Javid have set themselves up as passionate advocates of the free market. How they proceed from here is a crucial test of those ideals.

“It is always easier to lobby for protection than try and compete against disruptive industries. But this is not a case of old companies whinging about the new kids on the block without valid cause. The traditional private hire and black cab industries have legitimate concerns about how to compete while they are shackled by pointless, twentieth-century regulations which do not reflect the way we live, work and travel.

“These new rules would embed economic inefficiency and create artificially high prices for passengers. Imposing a minimum five-minute wait time will just mean passengers stand on the side of the road looking at their car, unable to get in – wasting time, clogging streets and costing money. Outlawing companies from showing available cars on an app is a Luddite solution to a problem which doesn’t exist.”

And Walker called on the government to look at the regulation placed on taxi drivers as a way of leveling the field.

He said; “Stripping back arcane regulation would be a much more effective way of helping private hire and taxi operators. Like Uber, they should be allowed greater flexibility over fares, and encouraged to try out new models like ride-sharing and smart phone displays which passengers want.

“One can only hope TfL are proposing such arbitrary, restrictive and inefficient regulations to demonstrate how counter-productive they would be in practice.” 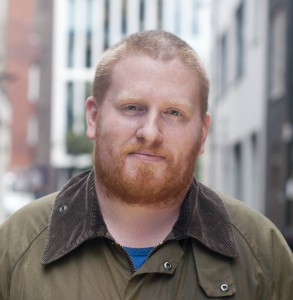