A while ago I wrote that Labour were catching up on digital policy, and after the last few days I’m more convinced than before that this is true – but also that there is a split within the Labour party on how they should respond to the digital revolution.

The initial signs were not good. Ed Balls, Labour’s Shadow Chancellor, mentioned technology in his speech, but it was only to warn that ‘rapid technological change is replacing traditional skilled jobs’ leading to ‘a “hollowing out” of our labour market: medium-wage, skilled jobs on the slide. Low-wage, insecure employment on the rise.’

In other words, a purely negative framing of technology as a threat to jobs and wages. Nothing on how it also presents an enormous opportunity for the UK – including for the creation of new, better paid, higher skilled jobs.

Ed Miliband’s conference speech was little better. There was a single reference to how ‘Britain needs great entrepreneurs’, but nothing at all about how to encourage entrepreneurship.

Thankfully others were more positive.

Particularly impressive was Stella Creasy (Shadow business minister), who at more than one event spoke up for the creative power of the digital revolution, and defending disruptive innovation.

For example she said ‘sometimes the left have thought our job is to prevent disruptive change, I think the opposite’. On the issue of Uber and taxis – she argued that the cabbies were right to be upset, but that the correct response is helping them to adapt.

Similarly Chi Onwurah (Shadow cabinet office minister) speaking at an event I hosted on Coadec’s Startup Manifesto, welcomed most of the recommendations and spoke about the massive opportunity of this second industrial revolution.

Perhaps most interesting though was Labour Digital – although not formally linked to the party, it was set up at the request of Chuka Umunna and has close ties to his team.

They launched their first report ‘Number One In Digital’, which sets out over 80 ideas to make Britain lead the world on digital.

Many of the ideas are drawn from other sources – including several recommendations borrowed (with acknowledgement) from Coadec’s Startup Manifesto which I wrote. And while some of the proposals are pretty radical, there is a huge amount in there to support.

The big question will be whether or not MPs like Stella and Chi, or grassroots organisations like Labour Digital will be able to win the argument for a more positive approach on digital within the Labour party and its leadership.

For those of us with an interest in seeing digital startups thrive regardless of who forms the next government, we should do all we can to help them win that argument. 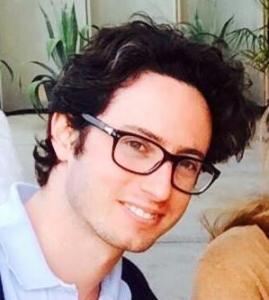