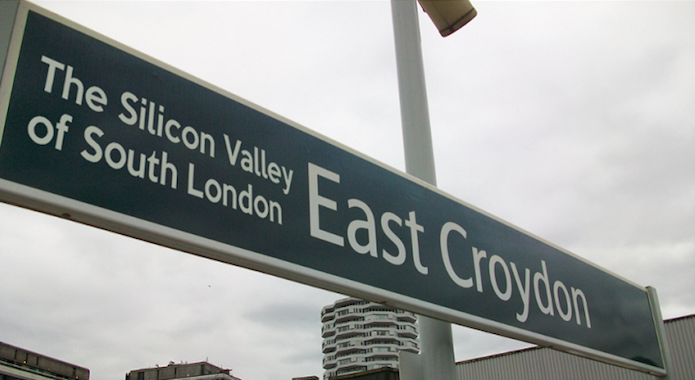 It was with a knowing smile that I read Sara Kelly’s piece on the Labour Party and its sentiments toward the tech startup sector: here in Croydon Tech City, we are seeing much of the same incompetence and inaction amongst the local Labour opposition.

Whilst tech start-ups are at the forefront of rejuvenating national and local economies, including our own, Croydon Labour Party seems impervious to the opportunities afforded by supporting and pushing through an agenda to make Croydon ‘the Silicon Valley of South London’.

Between 2011/12, EC1 (Old Street, Clerkenwell and Farringdon) experienced a 40 per cent year on year rise in company incorporations and is responsible for 76 per cent of all growth across central London in the past year. In the same period, Croydon saw riots and the borough’s biggest employers (Allders and Nestle) leave the area.

For sure, Croydon is now experiencing an incredible renaissance – as it shapes itself as South London’s epicentre for food culture, arts, cycling, environmentalism and tech – but these are entirely bottom-up, community-led initiatives.

With election season soon upon us, the opportunity for the political classes – in particular the Labour opposition – to challenge incumbent mentalities and actually make a difference are becoming increasingly apparent to me.

Sadly, the sheer indolence of an Opposition party that is seeking to take the reigns of London’s most populated borough – yet is unable to architect a basic, cohesive plan of economic and social recovery – is truly exasperating.

Instead of Croydon Labour Party forming dynamic think-tanks that meet with local tech startups, dedicating party research into the merits of high-growth tech businesses and lobbying to make the current Croydon Conservatives better represent Croydon as a credible place for technology companies to do business, we get piteously negligible e-petitions and staged photos of misshapen apparatchiks looking slightly constipated outside local police stations.

Whilst Croydon’s political factions – across the board – are perishingly lacking in a wholistic borough vision, it is particularly galling considering that I met with the entire Shadow council cabinet in January of this year to explain the importance of establishing Croydon as the second ‘Tech City’ and, more importantly, how they could go about making it a reality.

East London’s Tech City has benefitted from being the apple of Whitehall’s eye. This has been seen most recently with £50 million of central government funding being funnelled into improving the public realm around ‘Silicon Roundabout’. Whatever the ideological colour of Croydon’s next majoritycouncil and MP, they should be thinking how they too could use the Croydon Tech City agenda to redirect government funds into the Croydon.

An incoming council in 2014 and Croydon Central MP in 2015 should be thinking hard about how they can meaningfully impact:

The simple fact is if Croydon politicians do not commit their financial, governmental and personnel resources towards becoming a tech city in the near future, they risk dooming Croydon to being – at best, a brutalist joke – and, at worst, a breeding ground for further outbursts of alienation, disconnection and depression for years to come.

Croydon Tech City has many of the solutions, but it would be nice if our elected (and soon-to-be-elected) officials did too.

On Thurs July 18th 7.30pm at Matthews Yard, Croydon, Croydon Tech City will be holding it’s ‘Season Finale’ before a summer recess. As well as the usual demos, the team will also discuss its 2013/1014 plans to make Croydon the ‘Silicon Valley of South London’.