Digital industries have a smaller gender pay gap than the UK norm according to a new industry survey.

Conducted by recruitment consultancy Propel, the survey revealed that the pay gap between men and women was only 4% in digital industries compared to 19% across the UK.

It also outlined positive signs for the tech industry, revealing that it has the most motivated and dedicated employees across the whole digital landscape.

There are still issues for women in tech.

The survey found that women still only make up 10% of the tech community.

Despite the relatively small gender pay gap being an obvious positive, only a small percentage of VC-backed startups are founded by women. The count stands at about 13% in the US and is thought to be lower in the UK.

It also found that far fewer women compared to men see themselves still working in technology in 5 years’ time. 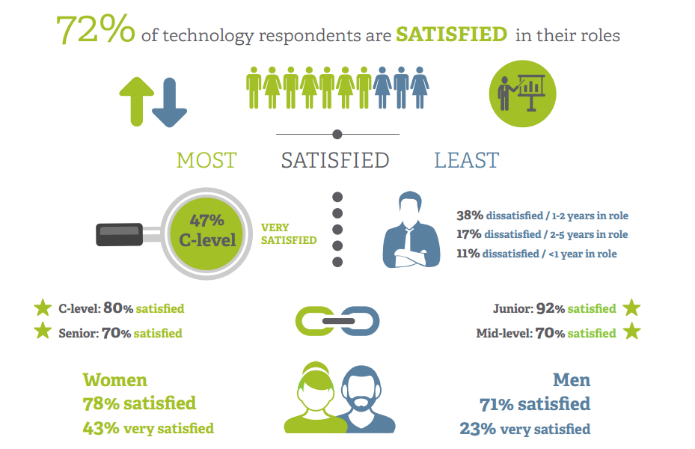 People who work in tech have the highest level of workplace satisfaction with around 8 out of 10 feeling secure or very secure in their role.

Less than half of technology respondents would change their jobs in the next year – the lowest across the industry.

Tech also leads the UK in overtime pay with 13.2% tech respondents being paid for their extra hours. This is compared to a staggering 93.4% of people who aren’t paid for their overtime work across the UK.