In this week’s video we’ve rounded up some of the top tech-related investments from across the UK, including risk intelligence company Polecat’s $4.2m raise from Grassy Creek Ventures. The company was co-founded by Microsoft UK’s former head of innovation James Lawn and the new funds will be used to grow its presence in the UK.

Augmented reality search engine Blippar has raised $54m. Launched in 2012 Blippar has grown and moved beyond simply letting brands and publishers add augmented reality content. Now, the company serves up AR content in real-time for thousands of real-world objects like plants, animals and food. Funding will be used to build out the machine learning and artificial intelligence technology.

In other news, Startupbootcamp launched an Internet of Things accelerator. The program will provide successful startups with €15,000, and access to mentors, partners and investors in the Internet of Things and hardware space. Applications close on the 13th June.

US internet retailer Amazon has signed a wholesale supply deal with Morrisons, one of Britain’s largest supermarket chains. The company will deliver fresh and frozen food to Amazon Prime Now and Amazon Pantry customers.

Snapchat suffered a cyber attack in which a scammer impersonated its CEO and asked for employee payroll information. The phishing email was not regcognised as a scam, and some employees information was compromised.

Snapchat says that no user data was affected and is offering the employees involved two years of identity theft insurance and monitoring for free. It follows prominent cyber attacks on Sony and TalkTalk in the past few years. For more on cyber security check out the latest issue of our print magazine.

This week Task Rabbit have launched their app and are promising to get tasks done in less than 90minutes. Task Rabbit real-time helps busy londoners get their chores done, jobs include cleaning, delivery, moving, and handyman work. Not only that you can be a tasker and find jobs and clients on the app.

And finally, Queen’s University human media lab has created a prototype bendable smartphone. Features include the ability to flip through pages of an e-book and feel a more physical interactive experience with your phone. 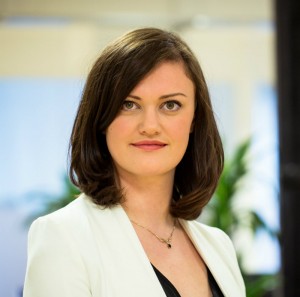