This week, we’re bringing your Week in Tech video from Campus London.

Data technology firm Blis has raised $25m in Series B funding from Endeit Capital, Beringea US and Unilever Ventures. Opun has secured $4.3m in investment from Aviva Ventures. The PropTech company was founded in 2015 and helps consumers with their home improvement projects.

Onfido, the identity verification and background checking company, has raised $25m in Series B funding. Octopus Ventures has raised £100m, bringing the firm’s early stage funds to in excess of £400m. Previous investments have included companies like Zoopla, Property Partner and UniPlaces.

Venture capital firm Accel has announced the launch of Accel V, a $500m fund that will seek to support tech entrepreneurs in the UK.

Key members of the UK’s FinTech space gathered at London’s Guildhall for the Innovate Finance Global Summit. Keynotes were delivered by Ron Kalifa of Worldpay; Harriett Baldwin, economic secretary to HM Treasury; and Christopher Woolard, director of strategy and competition at the FCA.

In a session titled ‘The New Regulatory Sandbox’, Woolard gave further details on the FCA’s new scheme, which provides startups with greater freedoms to develop and test innovative FinTech propositions. And Harriet Baldwin announced FinTech Bridges, an industry-led panel and professional services hub to ensure that the UK remains the FinTech capital of the world.

At Facebook’s F8 developer conference, Mark Zuckerberg announced Facebook’s Messenger app has started to allow users to communicate with businesses and other organisations via chatbots.

He introduced bots that would serve as robotic customer service reps for news, weather and retail companies. Other ambitions for the social network included bringing the world online, pioneering in artificial intelligence and perfecting virtual reality.

Issue 10 of our print magazine is out next week, join us on Tuesday at Huckletree for our Future of Blockchain event where you can pick up a copy of the magazine. We’ve got an exclusive interview with Imogen Heap on how blockchain can change the music industry, top investments of the quarter and more.

And finally, Facebook has been working on technology to talk you through your photos without the need for them to be tagged. It could be especially helpful for blind users, but for the moment its better at detecting cats than dogs.

That’s it for this week’s The Week in Tech. Visit our video page to watch more of our tech news updates. 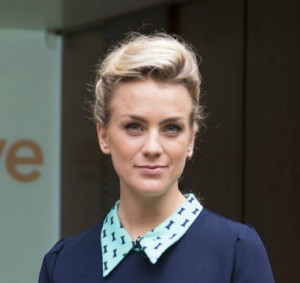