This piece is part of a feature written for the latest issue of Tech City News called: ‘the tech ecosystem formerly known as London’. ‘Tech City’ was first acknowledged by David Cameron in a speech on 4 November 2010, but we know lots was happening before that. Here’s part one of a three-parter. This post looks at 2000 to 2005, pre-Tech City, pre-ecosystem, pre-money, featuring LastFM co-founder Martin Stiksel. You can subscribe to get your free print copy here.

We now seem to spend a lot of time spotting unicorns or hunting dragons, while also constantly on the search for those other rare species, the talented teams, who make the fairy tales happen.

But, just like any ecosystem, real or imagined, it’s really lots of interconnected parts working together over time that make the difference between success and failure.

A tiny shift and that unicorn may end up looking like a regular old horse.

Of course, this is a mere blip in the long story of the borough of Hackney, which this year celebrates the historic 50th anniversary of its joining with Shoreditch and Stoke Newington.

A COVID-Exit: How to exit investments in times of unprecedented uncertainty

Would you believe that everyone, from Hitchcock to Blair, has made the area we now think of as Tech City their home?

But Hackney has perhaps changed more in the past five years than in most people’s living memory – and this is really just the beginning.

With six towers planned for Bishopsgate Goodsyard, a £750m transformation of Great Eastern Street, named The Stage as it takes in the site of Shakespeare’s Curtain Theatre, along with a 346-room hotel on the site of Red Market, Shoreditch ain’t seen nothing yet.

Thirty years ago Hackney had failing schools, no-go areas and the only beards were associated with the Hasidic Jewish community in north Hackney at Stamford Hill.

Little did the acid ravers frequenting the now-defunct Blue Note on Hoxton Square in the early 90s know how much their music community would transform The City, and the entire city, into what it is today.

“There were a lot of people from the first bubble sitting around in cafes pitching,” says LastFM co-founder Martin Stiksel. “And there were lots of companies that appeared but then very quickly disappeared again.

“We always knew music and tech would come together, it’s an obvious way of living, but the whole industry went sour after the initial honeymoon.”

Working on what we may now call V.0 of Tech City startups back in 2002, LastFM started in one of the team’s bedrooms in Whitechapel. There were devs sleeping on sofas, there was no startup infrastructure to speak of, meetups didn’t exist, but after three years and a graduation into a cheap Whitechapel office, they finally set up home in Baches Street in Shoreditch.

“There was no Tech City or Silicon Roundabout and all this kind of business. It wasn’t to our knowledge that there was much around there either,” he says, although the company’s Karen Street premises quickly became a hub for other startup companies.

“It was already the coolest place, thanks to the music and art scenes that had grown out of it, but we were just cheapskates really.”

Four years in, with one million users, and after a chance meeting at a digital festival in 2006, Stiksel and his cofounders managed to bag some angel funding from now-MIT Media Lab director Joi Ito and Reid Hoffman, then in the early years of Linkedin.

Fast forward to 2010 and LastFM, having got backing from Index Ventures before being sold to CBS in 2009 where it shed its founding team, got a name-check in David Cameron’s maiden Tech City speech.

“We only found out later and we were bewildered that it seemed like the government was taking credit for doing diddlysquat. But I guess it was good news in dire times, light at the end of the tunnel.”

Stiksel and co are now ploughing their hard-learned lessons into a new venture, Lumi, not unlike LastFM for news, based in Smithfields.

Just as the music scene in Shoreditch “ate itself”, the former LastFM CCO doesn’t hold in too-high regard the place his company used to call home.

“It’s too expensive for funky people now,” he says. “And where we are now, it’s easier to speak in a restaurant without fearing people will hear a secret.”

Stiksel also suggests “poverty focuses you more. We had to scrutinise really hard on whether we needed one developer or two. Now it’s: here’s Amazon Web Services – let’s get going. Perhaps things now get done just because it can be done.

“Or maybe they’re just young kids who are more at ease than we ever were?” 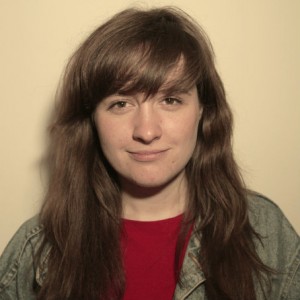