Welcome to the tenth episode of the Elevator Pitch series 4.

Every week we publish a 30 second pitch from the latest intake of the Elevator Pitch. These leading startups join an alumni group that includes the likes of YPlan, Hassle, import.io and Glow, and has to-date raised over $36m.

In this series we took the founders on a cab ride unlike any other for the most exciting pitch of their lives.

Wearable tech has progressed on in leaps and bounds in the past few years, and come early 2015 the dreams of many will become reality with the launch of the Apple Watch.

As the wearable revolution reaches fever pitch, Responsive Sports has been developing a tech unlike Apple’s (or anyone else’s for that matter) – boxing gloves with embedded sensors and software that provides real-time data on punches.

The data created includes the frequency and strength of punches, and the gloves can also be used for training ‘games’ with in-ear directions instruction which punches to throw.

Steven Cains and Josh Feldberg, the two cofounders, came up with the idea behind Responsive Sports through very similar experiences.

Cains had boxed regularly at his local gym but was frustrated by his inability to track the progress of his training effectively. Last year, Josh Feldberg came to the same conclusion when he started boxing and MMA training.

When Feldberg researched for anyone developing the product that could help him, he found Cains had already built a working prototype with an Arduino motherboard.

Responsive Sports and their first product IPunch were born. 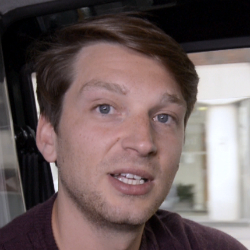 Feldberg says that one of the most satisfying aspects of the business so far has been seeing the gloves’ popularity with its target audience.

Although we don’t have products in market, we have tested the product with pro boxers and MMA fighters as well as regular gym-goers and the feedback has been truly humbling.

Everyone really likes the product and we’ve built up a huge email list of people who are interested in it.

The gloves are market-ready, but Feldberg explains that they want to launch with the right partner “to ensure maximum impact”.

We’re hoping to go to market across the world within the next year.