Joe Mathewson, co-founder of Firefly Learning, describes his EdTech startup as “one of the slowest overnight successes you’ll find”.

The Firefly Learning story dates back to 1999, a time when Mathewson and his co-founder Simon Hay, both teenagers, say there was not enough emphasis placed on tech within the national curriculum.

But this didn’t stop Mathewson and Hay from experimenting with computers in their free time, as they embarked on a journey to improve the way in which students communicated with their teachers – a challenge they knew all too well.

“There was a group of us who were interested in tech stuff, so our school set aside a computer lab with the old computers that they were going to throw away. They let us do whatever we wanted to them, and actually that was probably the single most valuable thing they did,” Mathewson said.

They may have not known it at the time, but Mathewson and Hay had ultimately built the first versions of what would eventually become Firefly.

The co-founders left their school days behind and set off to university. “We didn’t do a kind of Bill Gates and dropped out of school to found Microsoft,” quipped Mathewson, who went on to read Politics, Philosophy and Economics at Oxford. Hay, on the other hand, ended up doing a PhD in Computer Science at Cambridge.

A COVID-Exit: How to exit investments in times of unprecedented uncertainty

After university, Mathewson continued to keep his distance from the startup world and went to work in the city as a trader for two years. “Essentially we built Firefly Learning part-time,” he explained, adding that doing so allowed him and Hay to build the business around their hectic work schedules.

But working on the idea part-time, Mathewson said, also meant that they had to ensure they produced a strong product: “It forced ease of use and reliability, because the reality was I couldn’t have people ringing me up in the middle of the trading day and saying ‘the system is broken, can you fix it?’”

“I think sometimes constraints force you to come up with some quite creative solutions,” the founder added.

In 2009 – approximately 10 years after they’d unknowingly started their business at school – Firefly had onboarded 25 schools. Mathewson quit his job to focus on the venture with Hay full-time.

“Both of us wrote bits of the original code, but I’ve always been most interested in how humans and technology interact rather than the nuts and bolts of what’s going on underneath the bonnet,” Mathewson said.

The responsibilities among the co-founders are equally split. Mathewson, he explained, is charged with overseeing the management team and day-to-day processes, while Hay works on the strategic long-term elements of the business, such as investment and finance.

As much as delegation is necessary, Mathewson attributes Firefly’s success to date to his long-term friendship with Hay.

“Simon and I have known each other for 16 years, which is strange in tech. I think the main thing we’ve learned is that if you are a co-founder you need to be constantly talking to each other about who is doing what, then communicating that to the rest of the team.”

“We’ve always challenged each other,” he added, highlighting that part of the excitement lies in the different point of views that both him and Hay bring to the table: “You’ve got to make use of the two perspectives to a certain extent, it’d be pointless if we were identical people with the same perspective.”

Firefly Learning itself is a platform designed to connect students, teachers and parents. For example, teachers can set homework via the platform, which will then notify the student on their phone or other device, and parents can see what work has been set while accessing their child’s feedback.

“It’s much more of a real-time feed, so parents can have a much more ongoing understanding of how their child’s doing, and it helps them support their child,” said Mathewson.

Firefly current employs 50 people and has just over 500 schools on its books. Central to the firm’s growth, Mathewson added, is its management structure. “Making sure that your organisation is well aligned and staff know what the business is trying to do is fundamental.

“Also the team need to be able to provide feedback to the business, so that it’s not just somebody sitting at the top in ‘God mode’ who decides what to do next.”

Additionally, Mathewson added that tasks must be distributed among the senior management team in order to avoid founders taking on too much.

“As a founder it’s very easy to get dragged into doing everything, as you’re used to doing that from the start, but eventually you need to extricate yourself because many hands make lighter work long-term,” he advised.

Most recently, Firefly Learning secured a £4.5m Series A round led by BGF Ventures, and Mathewson said the firm’s slow pace actually worked in its favour when it came to pitching for and eventually securing the funding.

“We had to be very lean about what we did because we didn’t have a massive source of funding, so that put us in a better position when we were talking to investors,” he added.

But it’s not just about attracting investors, Mathewson claimed, it’s about finding the right investors to back your business.

“I think we experience a lot of different types of investors who have different goals and different time horizons. Their money is coming from different places.

“You need to look into it quite carefully and understand what your investor is trying to achieve,” he advised.

Additionally, Mathewson highlights how important it is for other tech entrepreneurs looking for funding to not underestimate how distracting and time consuming the process can be.

“Trying to get initial investor interest is a lot of meetings with a lot of people, but then once the deal starts to come together there’s a lot of work involved in providing information for the due diligence process and so on.”

For the time being, Firefly wants to increase its market share in the UK EdTech sector and is looking to continue expand across the globe.

“We’re quite realistic about the fact that there’s lots of work ahead. It’s great that we’ve got the money but actually this just allows us to start doing stuff rather than being an end in itself.

“I think the main thing with funding is that it’s the beginning, not the end,” he concluded. 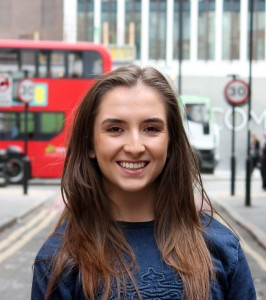