Entrepreneur First have picked the cream of the crop from Britain’s top universities, the graduates from this year’s cohort stem from Cambridge, Warwick, LSE and Imperial.

Their experience ranges from Computer Science studies to investment banking. The Entrepreneur First Demo Day held at the Microsoft UK offices presented an impressive set of pitches to a room full of investors.

Last year’s Entrepreneur First alumni have now raised more than $17.5 million in investment and collectively those 11 companies are worth over $50 million.

Matt and Alice from Entrepreneur First announced they are “the leading place for the most talented technologists”.

We spoke to four entrepreneurs from the latest intake to find out more.

Code Kingdoms teaches children to code through play. Ross and Hugh have been teaching kids to code for the last four years. They’re putting their experience into practice with online gaming that allows kids to write the code to their own games. When coding reaches the curriculum from September 2014 Code Kingdoms hopes to be there for kids to continue learning outside the classroom. Ross describes Code Kingdoms as: 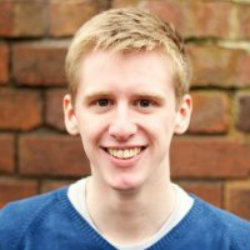 We could not have done it without Entrepreneur First, I met my cofounder Hugh through the programme. It helped us to think about the customer and how to raise money. A traditional graduate scheme could not have given me this experience in such a short time.

Code Kingdoms is available online now both on desktop and mobile, so in 6 months we want to be generating revenue and comfortable with a team of five.

Robotiky is a robot that you can buy and programme online yourself. You start with drag and drop based programming and progress onto full code. Its a robot toy for the 21st century. Robotiky have already had a good number of pre-orders and interest from electronics distributors Maplin and Rapid. 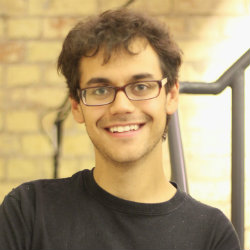 It’s a really good opportunity to give you the space to work on a startup.  If you’re just working by yourself you get distracted with no real sense of direction, you have to be dedicated to starting a company and there is a deadline at the end.

We’re working on our Kickstarter crowdfunding campaign at the moment, we only started on the product 2 months ago so in 6 months we hope to be developing the product to the level we want it.

Spacious is an online marketplace for renting office space in London. They look after the process from beginning to end, starting with finding the right space for the client right through to managing the rental contract. 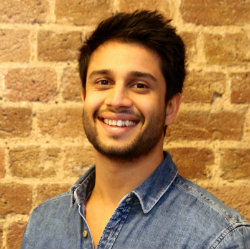 Without this programme I wouldn’t have left banking.

I’ve been on some of the most prestigious graduate programmes in the world with some of the biggest corporations and they say you’re in a room with the smartest people in the world, then I came to Entrepreneur First and everything I’d done before that was blown out of the water.

Spacious aims to be one of best platforms in the renting space. We are concentrating on startups and creative companies first but we want to expand into other sectors. Hopefully we’ll be making lots of money, building a great team and making good progress. 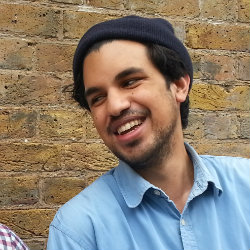 Onlysix personalises online content for individual readers, this means readers will only see content that’s relevant to them. They’re able to increase engagement for online publishers.

Onlysix is already working with Metro.co.uk who’ve doubled click through rate on sections personalised by Onlysix.

Entrepreneur First have been fantastic. For two tech guys, the main thing has been that EF is one of the only places actively encouraging innovation around tech. We’ve come in with our technical ability and they’ve helped us develop all round as a business.

We’re just on the edge of closing a trial with The Times. We hope to pick a handful of UK newspapers that we can work with to develop the app.

Alice Bentinck, Co-founder at Entrepreneur First writes about attracting more graduate women into tech in the next edition of Tech City News print magazine, due out April 1st