British estate agents learnt in 2016 that they were one of the most reviled groups in Britain, when an Ipsos Mori poll found only 24% of the public trusting them to tell the truth. The only profession carrying lower levels of public trust was, of course, politicians. While much of the public’s ire is targeted toward residential estate agents, commercial agents have also earned themselves a bad name in recent years, with UK startups complaining of high fees, poor service and woeful communication when trying to rent office space.

From this dissatisfaction has risen a new generation of British PropTech startups, which seek to cut out the traditional middle man of commercial estate agents, in much the same way as FinTech challengers like GoCardless and Atom Bank attempt to benefit from customer frustration with large high street banks by cutting them out of the picture entirely. The seemingly unstoppable rise of UK commercial PropTech was brought home last week, when London-based property platform Hubble landed a £1.2m investment from Firestartr, Maxfield Capital, and Concrete.

So what’s driving the rising tide of commercial PropTech, and does it represent a fundamental challenge to older, more traditional commercial agents?

It’s all the product of underlying changes in technology, many PropTech founders believe. Tushar Agarwal, an ex-banker who founded Hubble in 2014, says that for many years only large businesses could consider renting an industrial warehouse or large office block. Now, changes in technology allow startups to compete with larger, better-established outfits – and they need flexible office space to match their fast-moving, adaptive methods.

Charlie Green, founder of The Office Group, agrees, saying that the 10- or 15-year leases offered by traditional commercial agents like Stirling Ackroyd and Knight Frank simply do not work for startups, which may have to transform their entire business plan every few months. Just the legal negotiation alone can take a number of months – Green’s firm, in contrast, allows businesses to move in within 24 hours. Indeed, one of Green’s best-known clients is American file hosting service DropBox, which, during its early growth, managed to remain in the same office despite rapidly increasing its staff size from three to 140.

In short, PropTech startups thrive from uncertainty. This is hardly surprising, says Hubble’s Agarwal, given that Britain’s entire trend for flexible office space was born from the uncertainty posed by the 2008 financial crash, with struggling finance firms using the aftermath of the crisis to raise much-needed capital by sub-letting office space they no longer needed. The uncertainty posed by Brexit has further accelerated the demand for flexible office space, Agarwal said.

He went on to say the proliferation of British startups seen over the last decade has massively boosted demand for flexible office space, but these clients are also highly tech-savvy and expect an efficient and high-quality customer experience when it comes to searching for commercial real estate.

The firm landed £1.5m in funding last year from a group of property and tech investors and Andy Miles and Ian Parry, co-founders of Realla, said at the time: “Realla is answering a fundamental need to modernise the way commercial real estate is marketed and discovered online. Creating a ‘Google-style’ search experience for commercial property is part of that need.”

They said their goal was to make information on available office space more transparent and to help the market become more liquid.

Hubble is also forging new ground. The firm announced last week that it will use its new £1.2m investment to launch a “digital property advisor” – the first in the world, they claim. Essentially an automated estate agent, Agarwal says the digital advisor will give customers the best of both worlds, by handing to its users the benefits of a personalised agent, minus the costly inconvenience that many associate with traditional estate agents.

In a sign of where the commercial PropTech sector could be heading, Hubble’s ‘estate agent bot’ is part of the firm’s broader investment in artificial intelligence, with Hubble also using predictive analysis to match customers up with properties they may like based on the behaviour patterns of customers in similar situations. This has much in common with other challenger tech firms – most notably, FinTech firms, many of whom promise to analyse large bulks of financial data and pass their findings onto customers.

Indeed, it is difficult not to see striking similarities between the rise of commercial PropTech and the growing success of British FinTech. Both sectors seek to cut the middle man out of transactions that, the challengers believe, have become far too complicated and costly for the customer. In the case of popular British challenger bank Monzo, this means “cutting the crap out” out of financial services and avoiding traditional banks, which have provided a “crappy” service to their customers.

Hubble’s Agarwal, on the other hand, criticises large estate agents for prioritising Fortune 500 firms over small businesses. Agarwal himself says PropTech firms like his look up to successful FinTech challengers like Monzo (which Hubble, incidentally, found office space for). Both sectors also seem to benefit from a widespread public mistrust in traditional institutions – the poll mentioned earlier that found estate agents to be the among the least popular group in Britain, also found that bankers were not far ahead, with only 25% trusting them to tell the truth.

The rise of commercial PropTech challengers will not, of course, be a totally easy ride. One well-recognised challenge faced by firms like Hubble and The Office Group is insurance – traditional insurance firms are often unwilling to provide coverage to shared or flexible office spaces. But this sort of problem can easily be ironed out, it seems – tech firms like the London-based DigitalRisk have already sprung up to address this gap directly.

With commercial PropTech startups doing ever better by the year, it seems that the era of formal, multi-year office rentals could be nearing its end, and the era of the “hipster” flexible working space may have begun. 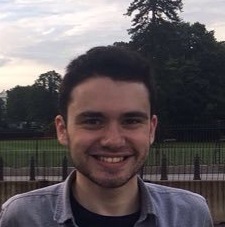