Welcome to Tech City News @Work, our new series that gives you an exclusive behind-the-scenes look at some of Britain’s best tech companies.

While busuu is the world’s largest social network for language learning, with 35 million registered users across the globe, it is run entirely by a staff of 30. Small company, big impact.

Busuu only relocated its office to London in late 2012, moving from Madrid, where the company was founded four years prior by Adrian Hilti and Bernhard Niesner, who came up with the idea for busuu while studying for an MBA at IE Business School. 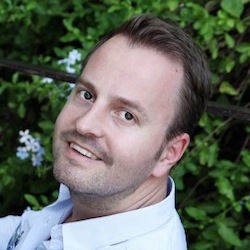 Moving to London was a tough decision to make, says Bernhard [pictured right], but he believes it was necessary:

Spain just wasn’t doing well enough economically and London had a much bigger and better talent pool for us to grow.

Perhaps as a testament to working at busuu, all ten original staff agreed to make the big move to London.

Today, the number of employees has risen to 30, though this is expected to rise to around 40 by the end of 2013, says Bernhard.

Busuu’s growth has been exceptional – the site currently has 35 million registered users, with 40,000 new members joining each day.

As a result, hiring has become a priority for the company. It needs more support across all areas: technology, marketing, social media, product development and community management among others.

Busuu’s office certainly has room to accommodate many more people. The startup is working out of a large office just off City Road, near Old Street roundabout.

With a modern, sleek feel, the office comes across as a place where business gets done with Teutonic efficiency (perhaps due to its founders’ background: Niesner is Austrian, while Hilti hails from Liechtenstein).

The company offers all the usual perks afforded to startup employees: free breakfast, couches, team days and a generally fun atmosphere to work in.

“The cool office and free breakfasts are of course nice,” says Oula Akiki, education director at the company, “but to be honest, the main perk of working at busuu is working on the product. We’re all working towards the same goal, of educating our users and helping them learn new languages. You get a real satisfaction from the job.” 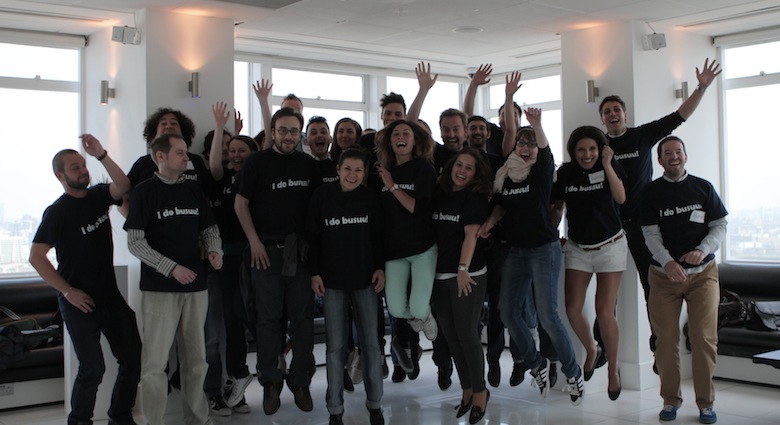 This idea of satisfaction is echoed by all employees, from busuu’s newly-appointed chief technology officer Ciaran Rooney (ex-Skimlinks, Seedcamp) to Aftab Arab, one of the company’s designers. 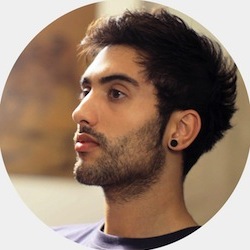 You feel like you are contributing to society, that you’re engaging with people and doing good.

Before joining busuu – which Aftab first came across at a Silicon Milkroundabout jobs fair – he worked as a designer at Lastminute.com.

While it was awesome that seven million people saw my work every day while at Lastminute.com, it wasn’t as personally rewarding. I feel like I’m designing to help people.

As a startup, busuu also gives staff the opportunity to step up to the plate and take responsibility for things, unlike larger companies, where there is a longer chain of command. 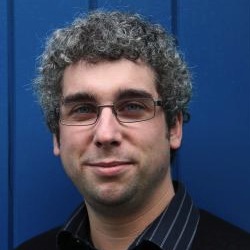 “You get a lot more responsibility at busuu than at another, more typical, tech company. Because we’re still small but growing fast, all employees can influence how things are done,” says Ciaran [pictured right].

The product is used by 35 million users, so you get the chance to work on a large scale project but with the benefits of working at a small company and making an impact.

Aftab adds that a key theme of being a Busuu employee is the global feel of the company. While Busuu has 30 staff, no fewer than 17 different languages are spoken in the office.

Bernhard is proud of the international feel of the office: “We’re a language business, and offer 12 languages on busuu already. When we raised our Series A round [for €3.5m, led by PROfounders Capital], our investors liked the fact that the business itself was international – we’re practicing what we preach.”

But, Bernhard adds, like all fast-growing London startups, busuu finds it hard to to find the right staff. “Right now, we want to get our name out, so that people can join our vision of teaching languages across the world.”

It may sound somewhat cheesy, but this is really what busuu is all about: connecting people around the world to teach each other languages and improve their lives.

We’re actually changing people’s lives by improving their foreign language skills. It’s really nice to work on something that is making a difference.

Find out more about career opportunities at busuu here.