Alison Downie, a partner, and Emily Kearsey, a solicitor in the employment team at Goodman Derrick LLP, look at age discrimination in the technology space.

“They said I was too old to work at a startup.”

Is it an accepted part of tech business that young = good, old = not so good? Really? No, of course not, that is far too simplistic, but probably not that far from the truth in more tech businesses than it should be.

The point is – are older people being treated differently and worse than younger colleagues in tech businesses because of their age, when applying for jobs or internal promotion; in the way their colleagues and managers treat them at work and in their pay and benefits?  If so, does this present risk for tech businesses?

One of the largest recent surveys in 2017 by Visier, a US company which provides workforce analytics for HR professionals, produced some fascinating results which firmly back up the perception that the tech industry is worse than non-tech industries in favouring younger workers on hiring, promotion and pay and benefits. Crucially, programming knowledge has been found to improve with age, so tech businesses which  do discriminate on age, wittingly or unwittingly, are likely to lose their competitive advantage.

Wolf Street’s Wolf Richter reported from the survey that it “ exposed blatant age discrimination in the tech industry… even worse than in….non-tech industries”.

Although US-based (on 63,000 employees in US tech and 267,000 in other US industries), it seems obvious from widespread anecdotal and other evidence that the results would likely be pretty similar for UK businesses.

The more public airing of such behaviour, treatment or cultural “ norms”  favouring young over older then the more likely that tech employers will face challenges and possibly increased legal claims from their employees and workers as well as losing out in recruiting and retaining hugely talented older people.

Some businesses may not be aware that employees and workers are protected from discrimination in the workplace because of their age, under the Equality Act 2010. Age is one of the nine ‘protected characteristics’ which include sex, pregnancy and maternity, race, religion or belief, sexual orientation and disability. Unlawful discriminatory treatment which could affect and disadvantage someone as a result of their age can occur in a number of ways, as set out under the Act.

Discrimination protection applies to job applicants, current workers and employees, and also former workers and employees (e.g. when seeking references). It is no longer legal to  have a fixed retirement age (eg 65) again, unless the employer can justify it as necessary to retain younger employees who want to be promoted.

Boohoo buys out Debenhams Retail for £55M; eyes new customer base with acquisition

There is no limit to  the compensation that can be awarded for a successful discrimination claim so litigation can prove very expensive for a business in terms of the award, legal fees and the time spent fighting the case. For example, the highest recorded award to a discrimination claimant last year was £154,309.

This is not an intractable problem, although multi faceted. Some simple steps can be taken to build cultural fairness in your workplace and help you avoid discriminating against employees because of their age. 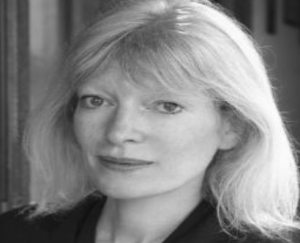