When you think of Brighton you might think of sticks of rock, piers and pebbles on the beach. But the south coast city has also grown into one of the UK’s most successful digital technology clusters.

In 2015, there were around 7,500 people in digital employment in Brighton and Hove, according to Tech City UK’s Tech Nation report. The research found companies were more likely to specialise in content and media production, UI and UX design and visual and audio design than the national average.

But, what exactly is going on in terms of support and growth in the region’s tech scene?

Brighton is home to some great examples of tech companies including StoryStream, Madgex and Cogapp which was founded back in 1985. So, what attracts such firms to the city?

Paul Silver organises the weekly Brighton Farm meetings – a chance for tech freelancers to get together and compare notes.

“Tech companies come here or start here because Brighton has had a fertile web community since the web started to catch on,” he said.

“We have a wide variety of talented people who can work on a wide range of problems – great if you need someone with specific skills, or a good all-rounder when your startup is very small.

“In the early days of the web industry, the Brighton New Media mailing list run by Mat Walker was instrumental in tying the web community together in Brighton, and really helped it become the scene it is today.”

They met while studying computer science at Warwick University and worked together in London before deciding to found their own company in Brighton.

“When we moved down it wasn’t quite as active as it is now – although there was a lot of graphic designers, there weren’t as many development companies,” said Wilson.

He went on to say the past five to 10 years has seen a lot more development companies and gaming companies emerge in the Brighton tech scene.

According to the Tech Nation report, between 2010 and 2013 there was a 91% growth in new digital companies incorporated in Brighton.

Wilson sees the growth as a positive and has weekly meetings with the founders of other companies to discuss new developments.

Speaking about the benefits, Wilson said: “There is obviously the networking side – you meet people who might be able to help you with projects or refer work – and there is the idea sharing, for the tech guys especially.

“You can exchange ideas and find people who might want to work on projects with you. There are quite a lot of skills needed for the kind of things we do – graphic designers, branding, marketing, SEO. We obviously have some of that in house, but sometimes you want to bring in someone else and it is great to get recommendations.”

“Lots of companies are making interesting sites and software, both for big brands and their own projects. There are evening meet ups practically every night of the week, covering everything from the latest web tech to writing,” he added.

This close-knit and co-operative community seems to be at the heart of much of Brighton’s success, with 84% of companies surveyed for the Tech Nation report saying they feel part of a cluster.

This ethos has been fostered by tech conferences, events and support networks, like Brighton Digital Festival, Develop: Brighton, Wired Sussex and Brighton Farm, and co-working spaces including The Skiff, Barclays Eagle Lab and the recently opened Platf9rm.

“The Brighton Farm meetings started as a way for tech freelancers in the city to get together and compare notes on how to get work, handle clients and perhaps meet some people they could collaborate with,” said Silver.

“That all happened, and more. People come and learn from each other, whether new or looking to go freelance, or having years of experience. They form groups to take on larger projects, or simply refer work to each other.

“We’ve got a large social side as well. Lots of members work from home, which can get very isolating, even in a vibrant city like Brighton. For some, we’re a social lifeline that colleagues would normally bring.

“We’re now 14 years in, which is 700 meetings, countless collaborations, a lot of new freelancers and one marriage.”

The meetups can also be attended by companies looking to recruit freelancers for new projects.

“For companies in Brighton, we provide a place to find and meet local freelancers who are likely to be good at the services they provide,” said Silver.

“Having a social meet up tends to discourage people who are overselling their skills as having an in-depth conversation about the ins and outs of a particular programming language or framework is something only the more skilled, or people who are eager to learn, want to go through on a regular basis.”

There is another factor in the success of Brighton as a tech cluster – the city itself. For Wilson, his original move was more about quality of life than the tech scene.

“I wanted to leave London just for somewhere a bit more pleasant to live,” he said. “It is quite easy to move from London to Brighton, but it is substantially different in terms of its size and, of course, you have the sea.”

Now, however, he reaps the benefits of the city’s international reputation.

“It is a good place to have an office in that people like living here. I have heard people say they love living in Brighton.

“We had a guy who was Greek who wanted to come and work in the UK and wanted to be in Brighton because he knew that Brighton was well spoken of internationally. It has got a reputation as a fun place to be. People are quite happy to relocate to Brighton whereas for some other towns relocation might be a downside.”

Silver said, as well as having access to a varied and friendly tech scene, the city is also a great place to relax.

“The people in Brighton are open, friendly and accepting of others,” he said. “And if you struggle for work locally, London is only an hour away.”

This article first appeared on issue 14 of UKTN’s popular print magazine, ‘The Virtual Reality’ edition. Get your free copy here. 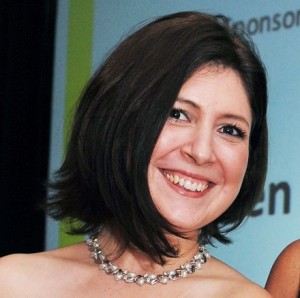